Is NASA Dead? Chinese Likely to Colonize Moon, But US May Never Return 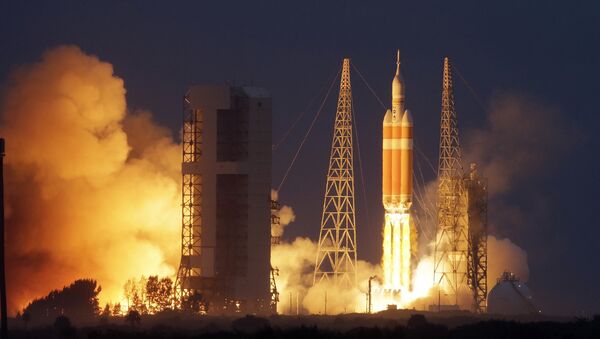 © AP Photo / Chris O'Meara
Subscribe
Politics, lobbyists, and corruption set back US space program to pre-1960s capacity despite scientific and technological advances that should lead to advances to new frontiers.

On Thursday, prominent lunar scientist Paul Spudis raised the alarm over the fact that the United States is now trailing China in the space race, stating that it is "extremely unlikely that NASA will return crews to the lunar surface in the foreseeable future."

The expert told Forbes contributor Bruce Dorminey that Chinese taikonauts will likely return to the moon within the next five to ten years, but NASA is trailing, due mostly to bureaucracy.

"The push-pull on space policy between NASA, the Executive branch and Congress prevents any significant progress forward," remarked Spudis.

The other challenge to lunar space missions is the national obsession with Mars, which Spudis thinks is nothing more than an intentional distraction. "The dirty secret is that most politicians love human Mars missions because it is an excellent and proven way to keep the space community pacified by selecting a goal that is so far into the future that no one will be held accountable for its continuing achievement."

The traditional public funding model upon which NASA so long relied continues to crumble under the weight of politics and corruption, but Spudis remains hopeful that public-private partnerships can fill the void. In the near term, he would like to see NASA pivot towards stationing dormant crafts in cislunar space to advance sample extracting and to serve as a rest stop for future Mars missions.

The plan that Spudis lays out calls for an $88 billion expenditure over 16 years, beginning with sending robotic spacecraft to the moon and ending with a human-tended lunar base capable of recouping some of its operation costs via sales of water, mineral extraction, and potentially even tourism.

The lunar scientist calls for speedy movement on his bold plan, saying "we could start tomorrow if the political decision were made to do it and the first [human lunar return] landing would happen around 2028, with a permanent cislunar transportation system by 2035."

Given the the current state of the US political system, it appears safe to say that the Chinese are not only going to beat Americans in returning to the moon, but NASA is for all intents and purposes dead, with even the moon having somehow stretched beyond their reach in the 21st century.

000000
Popular comments
The terrorist American government in its foolish attempt to control the globe. An obvious failure to read history books is apparent.
Mitach2002
25 March 2016, 22:32 GMT
000000
'Chinese likely to Colonize Moon, But US may never return' how can they return if they never went in the first place