Aim Higher: Morocco Plans to Attract About 85,000 Russian Tourists in 2016 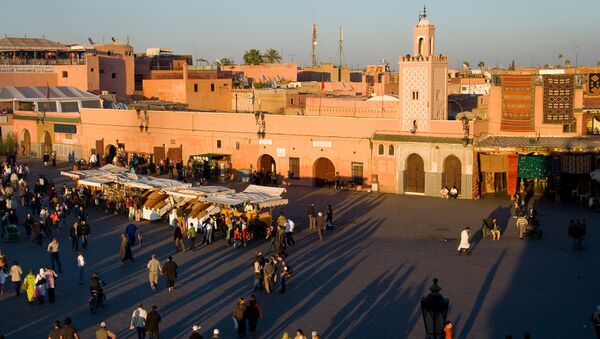 MOSCOW (Sputnik) — The head of the Moroccan National Tourism Office for Russia and the Commonwealth of Independent States (CIS), Samir Sussi Riah, announced on Friday the signing of 12 agreements with Russian travel companies to attract an estimated 85,000 Russian tourists in 2016.

"We have signed about 12 agreements with Russian travel companies to attract about 85,000 tourists from Russia to Morocco in 2016," Riah told Sputnik during the ongoing Moscow International Travel & Tourism Exhibition (MITT).

According to the tourism office head, Morocco is now considered one of the countries popular with Russian tourists, especially after King Mohammed VI of Morocco's official visit to Russia.

On March 15-16, the king paid an official visit to Russia, during which he discussed bilateral cooperation and international issues at meetings with the Russian leadership. The sides signed a number of agreements and memorandums in various spheres.

The exhibition, which is considered the largest event in the Russian travel sector, is being attended by more than 1,850 companies and tour operators from 192 countries.