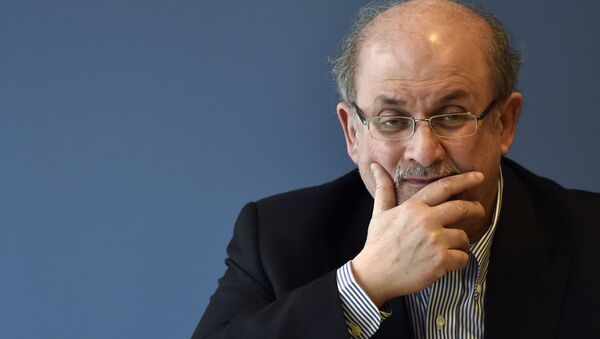 The Swedish Academy has, for the first time in history, taken a political stance and after 27 years condemned Iran's death sentence against Salman Rushdie, author of the controversial book "The Satanic Verses."

Back in 1989, when the death sentence was awarded to Salman Rushdie in absentia, Academy members Kerstin Ekman and Lars Gyllensten stepped down to protest the Academy's failure to condemn Iran and have not returned.

"It is very good that the Academy finally made up its mind today," said Kerstin Ekman in the radio program Kulturnytt on channel P4 after the announcement. Nevertheless, they refused to participate in the Academy's work again.

Today, The Swedish Academy stated in an open letter that attention must be drawn to the fact that the Iranian state-run media had recently raised the reward for Rushdie's death.

It was published in Dagens Nyheter on Thursday morning; attention must be drawn to the fact that Iran's state-run media had recently raised the reward for Rushdie's death. The Academy also condemned the death sentence as a violation of free speech.

Rushdie's fourth novel, "The Satanic Verses" (1988), was the center of a major controversy, provoking protests from Muslims in several countries, which culminated in Ayatollah Ruhollah Khomenei, the Supreme Leader of Iran, issuing a fatwa, which called for Rushdie's assassination in February 1989.