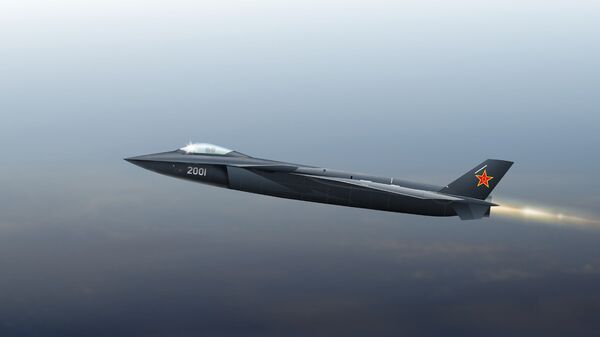 © Wikipedia
Subscribe
International
India
Africa
Tokyo began conversations with US defense contractors this week to lay the groundwork for the development of a sixth-generation F-3 fighter jet.

This week, Japan opened talks with US defense contractors Lockheed Martin and Boeing to discuss a sixth-generation fighter aircraft. The move comes as Tokyo seeks to repel the expansion of China’s influence as Beijing takes a more aggressive regional posture.

Defense analysts speculate that the new aircraft would be based, in part, on Mitsubishi’s X-2 ATD-X stealth fighter prototype. The Japan Air Self-Defense Force is set for the first flight of the X-2 prototype within days.

One defense contractor commented that Japan is only in the exploratory phase for its next-generation fighter jet. "There is no policy decision and no program of record for the next fighter, but there is some discussion that there will be a fighter at some point," the source said.

In fact, it seems likely that the Tokyo government has plans to develop a new fighter jet. In recent years, Japan has lost air superiority as its US-built F-15J Eagle fighters have become partially obsolete following Beijing’s unveiling of its J-20 jet. Initially, reports were that Japan sought to replace the F-15Js with US F-22 Raptors, but US law prohibited the export. One Japanese official disclosed that the need to replace the F-15J "is a source of concern and frustration in Tokyo."

Japan is thought to be developing the F-3, an operational variant of the X-2, to display air superiority, as neighboring China expands its regional and global presence.

Japanese air superiority will not come soon, however, as the country looks to field the proposed F-3 in the 2030s, around the same time that the US Air Force and US Navy aim to field their F-x and F/A-XX jets.

Defense experts speculate that Japan may leverage the F-3 effort to combine with the US in developing a sixth-generation fighter program, as Tokyo is reticent to spend $50 billion for an in-house fighter of their own.