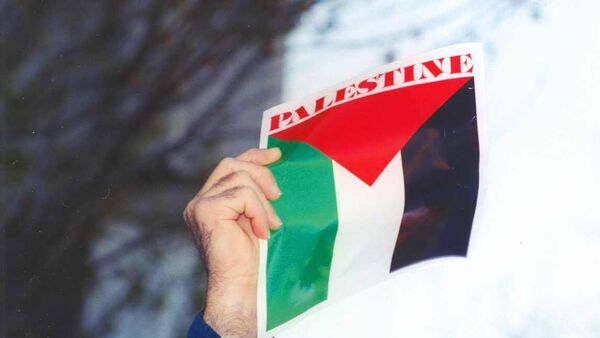 On Wednesday, the University of California Board of Regents unanimously approved a "Statement of Principles Against Intolerance," specifically aimed at "anti-Semitic forms of anti-Zionism.”

Though the board rejected the original proposal, attempting to directly identify anti-Zionism as religious bigotry, the wording of their approval puts those who speak out against the Israeli occupation at risk of being accused of discrimination.

“In particular,” the report stated, “opposition to Zionism often is expressed in ways that are not simply statements of disagreement over politics and policy, but also assertions of prejudice and intolerance toward Jewish people and culture.”

The policy was proposed by pro-Israel groups and faculty within the educational facility who claim that opposition to Israel and debate about the occupation of Palestine constitutes anti-Semitism and that any disagreement with their opinion is discrimination.

"There is absolutely no doubt that anti-Zionism is the driving force behind the alarming rise in anti-Semitism at UC and at schools across the country," campaign leader Tammi Rossman-Benjamin, a Hebrew lecturer at the university's Santa Cruz campus, told the Associated Press.

Protesters Rally in DC Against AIPAC and US Policy in the Middle East
In January, the group aimed to have the policy read: “Anti-Semitism, anti-Zionism and other forms of discrimination have no place at the University of California,” but the wording was opposed by the ACLU and the Middle East Studies Association of North America, among others. That portion was ultimately amended to say “anti-Semitic forms of anti-Zionism.”

Prior to the board’s vote, vice chairwoman Bonnie Reiss argued that students supporting the BDS Movement, which calls for boycott, divestment, and sanctions against Israel for their treatment of Palestinians, puts Jewish students in a “dangerous environment,” because of “emotional debates.”

“That the backlash against Israel on college campuses might be caused not by unreasoning hatred but by Israeli actions — like the ongoing blockade of Gaza, punctuated by three rounds of punishing airstrikes in the past seven years, the building of illegal, Jewish-only settlements across the occupied West Bank, or the refusal to recognize the rights of Palestinians driven from their homes in 1948 to never return — seems not to have occurred to students, faculty or politicians whose support for the Jewish state is unquestioning,” Robert Mackey wrote for the Intercept.

Despite the small change in the wording, the ACLU remains unhappy with the policy as it stands.

"We called for the UC to change the prior version to make clear that anti-Zionism, like other political speech, is not equated with discrimination," Alan Schlosser, senior counsel at the ACLU of Northern California, told the Associated Press. "Unfortunately, the revised version doesn't give that clarity.