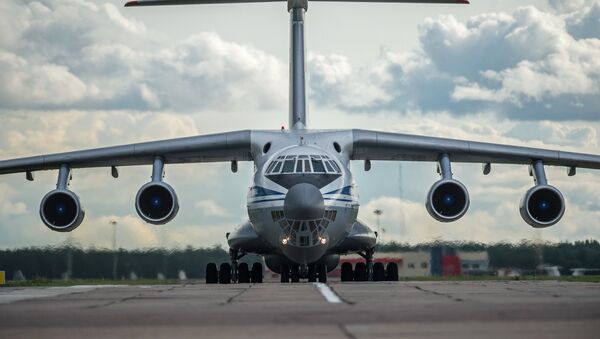 Against All Evidence, Pentagon Just Can't Accept Russia’s Syrian Withdrawal
HMEIMIM (Syria) (Sputnik) – Russian President Vladimir Putin ordered the pullout of a bulk of air groups from the Arab republic on March 14 after they had broadly completed anti-terrorist objectives.

The servicemen and women who left the Hmeimim air facility performed refueling missions, as well as assignments concerning fuel, water, food and aircraft ammunition supplies. Their other tasks included laundry service and equipment and communications maintenance at the facility.

The decision to send them back to their home bases was made as a consequence of a reduced workload after the departure of most air groups from Syria over the past week.

The Russian Defense Ministry press service said the Il-76 was expected at one of the Central Military District airfields late Wednesday.

An An-124 Ruslan (Condor) airlifter is also en route to Russia, carrying equipment and three Mi-35 helicopters that have wrapped up their missions in Syria.