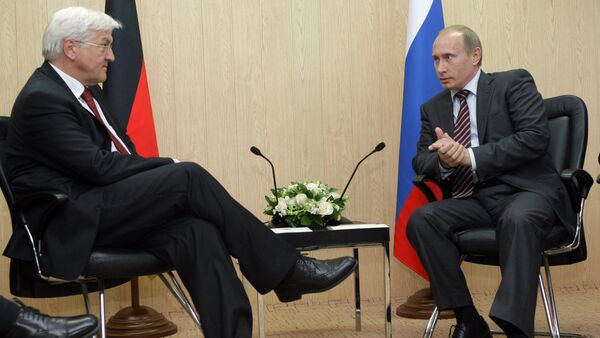 "The international part of today's work will take place later. A meeting will be held with German Foreign Minister Steinmeier, who is currently on a visit and is meeting with his Russian counterpart Minister [Sergei] Lavrov," Peskov told reporters.