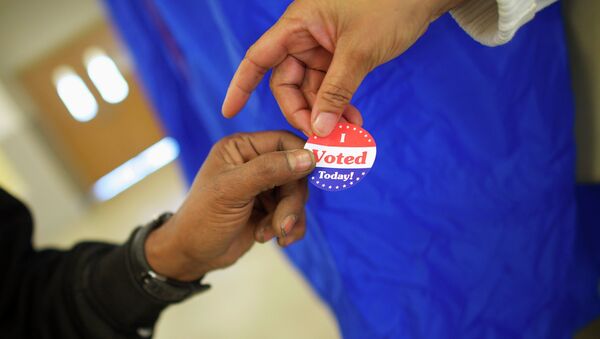 The annual Year in Election report from the Electoral Integrity Project, funded by the Australian Research Council’s Laureate award, and conducted by researchers at the University of Sydney and Harvard University in Boston, Massachusetts, looks at how well countries around the world meet international standards.

US Continues Discriminatory Voting Practices Based on Skin Color, Race

The report is based on assessments from 2,000 experts, each evaluating the perceived integrity of 180 national parliamentary and presidential contests held between July 1, 2012, and December 31, 2015, in 139 countries across the globe, website The Conversation explained.

Each country is ranked on a 100-point Perceptions of Electoral Integrity (PEI) index.

When looking at all findings since 2012, making the top of the list were Denmark and Finland, each with 86 points, and Norway with 83.

At the very bottom of the list, with 62 points, was the United States.

One reason put forward to explain this result is the difficulty third parties face going up against the major two political parties in the United States. Another issue the report found was widespread gerrymandering.

“The results show that the worst problem across most states involved gerrymandering of district boundaries to favor incumbents. The mean score for American states was just 42 on a 100-point scale,” the Conversation reported.

Other areas of concern in US politics included electoral laws that are unfair to smaller parties; restriction of voter rights, especially for ethnic minorities; and corrupt campaign finance laws.

000000
Popular comments
The US is a Oligarchy pretending to be a Democracy.