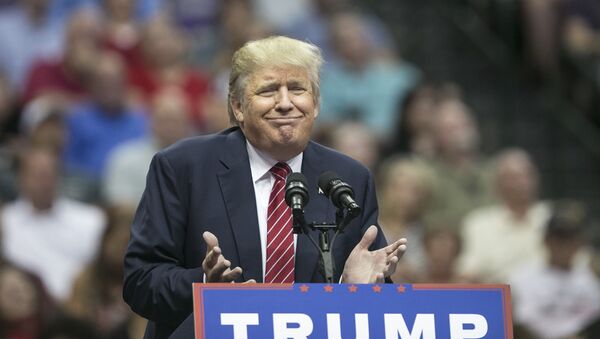 Hours after Tuesday’s horrific suicide bombings in Brussels, Republican frontrunner Donald Trump took to the media with a simple message, "This is going to happen in the United States."

The reality television star and real estate mogul-turned-political-candidate reiterated his call to ban Muslims from traveling to the United States.

"This is just the beginning," said Trump, "It will get worse and worse because we are lax and we are foolish – we cannot allow these people to come into our country." The self-described Republican also made reference to the December 2015 San Bernardino attacks that killed 14 while calling for the ban. "It’s time to stop accepting Muslims because frankly we’re having problems with the Muslims coming into this country."

In a separate interview, Trump stated this morning that Tuesday’s attacks are evidence that America must begin a wide-ranging domestic surveillance program targeting Muslims, particularly at mosques, which the candidate calls breeding grounds for radicalization.

Trump also criticized New York Mayor Bill de Blasio for shutting down an NYPD unit formerly tasked with spying on the city’s Muslim communities. "You need to deal with mosques whether you like it or not," the candidate said, while blaming what he termed progressives, like de Blasio and President Obama, for "liberal policies of this country that act like these attacks are our fault. It is not our fault, it is their fault."

In the wake of this morning’s tragedy in Belgium, the candidate quickly criticized officials in Brussels and the EU, calling Belgium’s capital city, which also hosts the EU, a "horrible city" and a "horror show" because of the influx of refugees and migrants.

Trump then turned his vitriol to the “city” of Belgium. "Belgium is no longer Belgium," he declared, adding, "Belgium is not the Belgium that you and I knew from 20 years ago, which was one of the most beautiful cities and one of the safest cities in the world. Belgium is a horror show right now."

The candidate advocated for the use of torture, including waterboarding of criminals, starting with the captured planner of last year’s Paris attacks, who Trump insists has information about future attacks. "I would say they should be able to do whatever they have to do to get the information from [Paris terror suspect Salah Abdeslam] and if it was up to me that would include waterboarding."

The Republican frontrunner detailed macabre plans to expand the international war on terror. "I would do a lot more than waterboarding. You have to get the information from these people, we have to be smart and we have to be tough and we can’t be soft and weak which is what we are now." The candidate stated that he believes torture works and must be used.