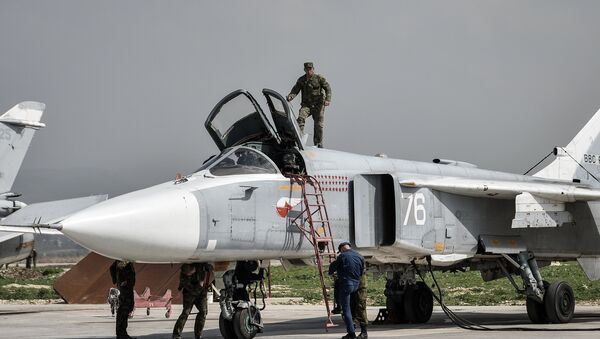 Since the implementation of the ceasefire, the number of victims and injuries on the front-line in Syria have decreased rapidly, the head of Latakia's military hospital said.

LATAKIA (Sputnik) — The number of the wounded and killed on Syria's front lines decreased markedly last week; the head of Latakia's military hospital reports that 50 percent fewer patients had been admitted since the beginning of the national reconciliation process last month.

"Over the past week, the number of the wounded delivered to the hospital decreased significantly, with regard to what was previously witnessed. It is possible to say that we are having a break, It has been the first week in four years, when you can sigh with relief. The number of the received wounded has decreased by 50 percent," Gen. Badia Ismail Atrash told reporters.

Syrian Army Clears Out Islamist Combatants East of Damascus
The wounded, who were delivered to the hospital not only from Latakia, but other Syrian provinces as well, mostly received their injuries due to attacks from improvised mortars, landmines and splinters, he added.

Zuhir Mundhir, the surgeon at the hospital, confirmed that the doctors had much less work than they were used to, and expressed hope that the ceasefire would be further observed.

View From Russia: Top Events of 2015
Syria has been mired in civil war since 2011, with government forces fighting numerous opposition factions and extremist groups.

According to UN estimates, the conflict in Syria has cost the lives of over 470,000 people, while almost two million have been wounded.