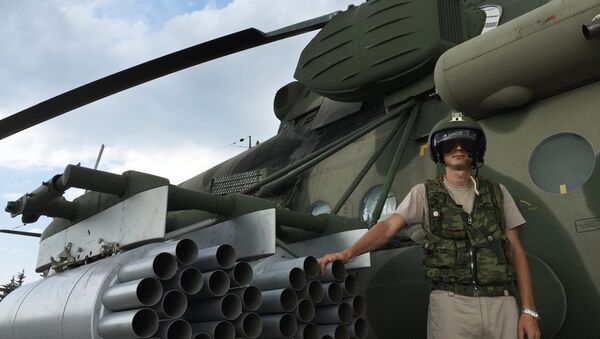 © Sputnik / Dmitriy Vinogradov
/
Go to the mediabank
Subscribe
International
India
Africa
A week after the start of Russia’s partial pullout from Syria, political and military analysts continue to try and define what Moscow’s “largely achieved objectives” in the country were; Iranian political analyst Hassan Hanizade suggests the move was planned well in advance.

US Media Revives Concerns That Putin is Again Outmaneuvering Obama in Syria
Russia’s withdrawal from Syria came only after the cessation of hostilities and the creation of a coordination center, and after the conditions for a political process had been laid out, Iranian political analyst and expert on Middle East and Iranian-Arab relations Hasan Hanizade told Radio Sputnik.

In the five preceding months, he added, Russian Aerospace Forces have turned the tide of the battle against the jihadist groups and now the time has come for the Syrian government forces to take the initiative themselves.

“We see that Moscow makes it a high priority to stabilize the situation in the country and lay out the grounds for a peaceful internal political dialogue. Thus it is evident that the decision to pull out was well-worked out in advance,” he says.

However, the expert notes, Russia still embraces its responsibility to continue the fight against terrorism in the region in cooperation with its allies.

Hence, taking into account all the challenges and terrorist threats still present in the region, Russia’s mission there is far from being over regardless of its partial pullout.

In Syria, Ukraine, Russia Teaches US Respect for Rules-Based World Order
Russia’s Pullout is Not Spontaneous, But Well-Weighted, Far-Sighted Decision

The vice-president of the Left-wing party in the German Bundestag, Wolfgang Gerke has told Radio Sputnik that Russia’s partial withdrawal was a well-thought out step.

“Russia has taken a well-measured step, it is not a spontaneous decision of the Russian president. Russia’s campaign in Syria has revived the peace talks and led to a new shape-up on the ground, which made it clear that the problem can’t be solved without Russia.

Alexander Baunov, a senior associate at the Carnegie Moscow Center and an editor-in-chief of Carnegie.ru website noted that a ceasefire is a very appropriate moment to leave.

“If you leave in a peaceful time, you leave as a winner,” he stated.