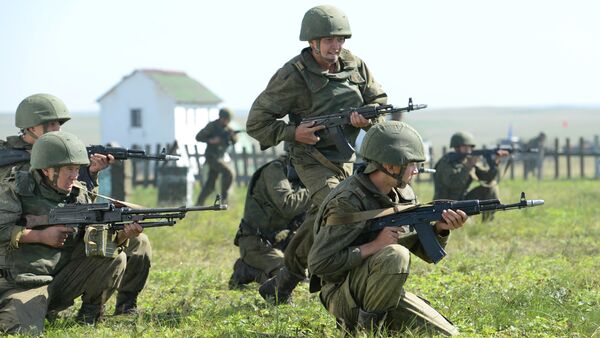 Combined units assigned to anti-terror groups worked out the practicalities and operational procedures of repelling attacks on military-oriented objects, military installations and garrisons, he added.

Around 1,000 personnel and 300 pieces of military equipment took part in the exercises using individually developed scripts, including procedures in the event of the use of weapons of mass destruction.