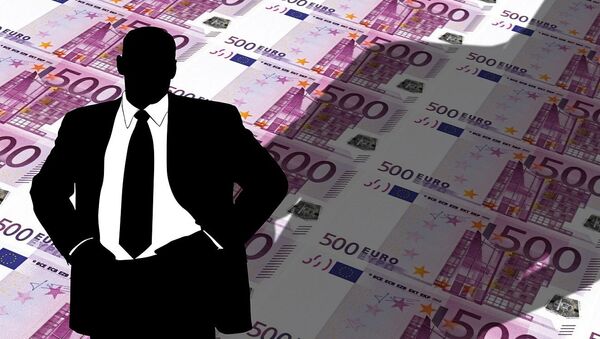 © Photo : Pixabay
Subscribe
International
India
Africa
The EU has an endemic corruption problem that is costing the bloc up to US$1 trillion per year, according to a new study commissioned by the European Parliament. Critics have slammed the findings, likening corruption to "a big black hole at the heart of the European economy".

The study, undertaken by think tank RAND Europe, took into account three different scenarios and looked at the direct and indirect costs of corruption, concluding that the EU suffers gross domestic product losses of between US$200 billion (€179bn) and US$1.1 trillion (€990bn) annually as a result of corruption.

In the worst possible scenario, the huge sum represents more than six percent of the EU's overall GDP, while the estimated loss associated with corruption is more than eight times higher than previous calculations suggested.

The reason behind the dramatically increased forecast of corruption-related losses is due to the scope of the study, which looked at the broader impacts of the issue, such as the impact endemic corruption has on the willingness of companies to invest in certain countries or industries.

Researchers also looked beyond the financial scale of corruption, taking into account the social and political costs, with the report stating: "corruption represents a substantial threat as a tool of organized crime and terrorist groups".

"Corruption imposes significant social, political and economic costs. Not only does it result in huge amounts of money being lost annually, but corruption leads to more unequal societies, higher levels of organized crime, weaker rule of law and lower trust in public institutions," the report's main author, Marco Hafner wrote.

In particular, the report raised concerns over public procurement corruption, which involves removing companies from the bidding process for governmental contracts, which critics argue then leads to a lack of competition within the market.

The findings spelled out grim reading for Eastern European EU member states, with Poland, Romania, Lithuania, Cyprus and Croatia among the countries with the highest rates of public procurement corruption.

Of concern to Brussels, many of the countries that receive significant EU grants were those found to have more significant corruption problems.

Corruption Putting a Brake on Recovery

Responding to the findings, Carl Doran, director of Transparency International EU, said it was clear corruption was deeply embedded in a number of EU states.

"These figures confirm what we have always suspected — corruption is a big black hole at the heart of the European economy and a brake on recovery."

In order to address existing corruption issues, the report made a number of recommendations, including the establishment of an EU-wide procurement system, along with the creation of a European Public Prosecutors Office to investigate corruption cases across the bloc.

The #Turkey deal: is the EU outsourcing corruption? https://t.co/Kzoe9WXOOp

However Mr Dolan from Transparency International says authorities need to do more to crack down on the issue.

"Given the scale of the problem these are very modest proposals," he said.

"And the fact that the EU has not been able to deliver on these very modest things is probably an indication of how low a priority this has been for the EU over the last number of years."