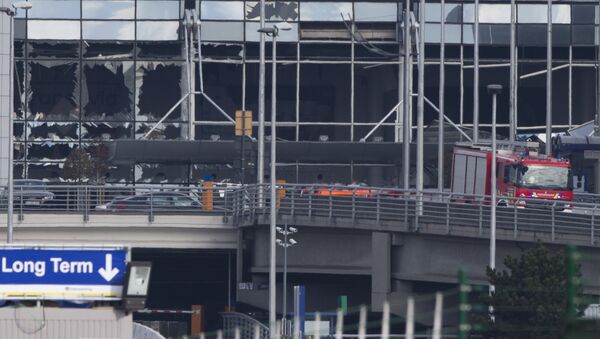 The picture, which is in fact a still from one of the airport’s CCTV cameras, depicts two men pushing baggage trolleys in front of them. Each of the two suicide bomb suspects are wearing a single glove on their left hand in an apparent attempt to conceal their detonators.

At least 34 people were killed and more than 200 were injured by a series of terrorist attacks at Brussels airport and a subway station adjacent to several European Union headquarters buildings.

The perpetrators may have used the same type of explosives used by Daesh terrorists during attacks in Paris.