The Truth Is Out There: ‘Alien Signal’ Detected by Australian Astronomers 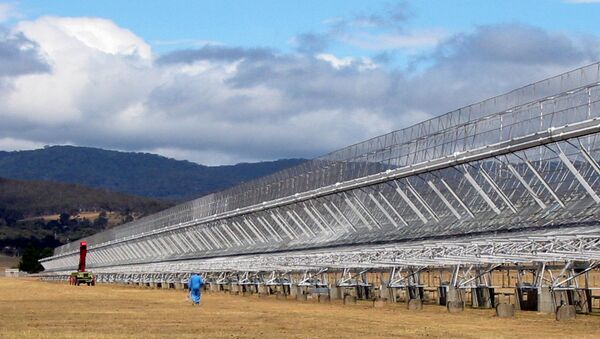 According to Professor Matthew Bailes, director of Swinburne Centre for Astrophysics and Supercomputing, the signal picked up by MOST was in fact a so called ‘fast radio burst’ (FRB) — a high-energy astrophysical phenomenon that takes the form of a transient radio pulse which last only a few milliseconds.

The first FRB, named the Lorimer Burst, was detected in 2007 by a team of researchers led by Professor Duncan R. Lorimer, who analyzed archived data collected in 2001 by the Parkes radio dish in Australia.

Due to the isolated nature of this phenomenon, no generally accepted explanation of the source of fast radio bursts yet exists.