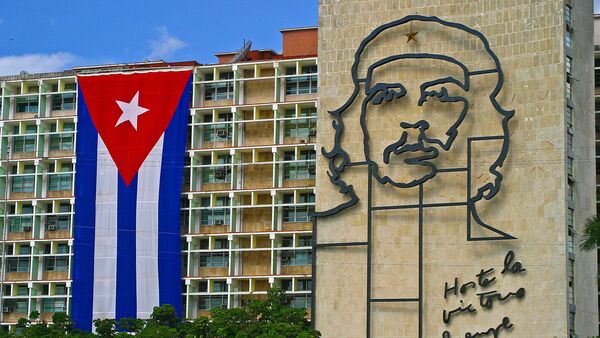 © Flickr / Chris Pawluk
Subscribe
International
India
Africa
The US hotel company Starwood Hotels & Resorts Worldwide, Inc. signed several deals with Cuba, having become the first US company to operate in the Cuban hotel market in over half a century, the company announced in a release.

HAVANA (Sputnik) – Starwood added that the two hotels would be renovated "before raising their new brand flags later in 2016."

The company also announced that it had signed a letter of Intent to "convert" the third Hotel Santa Isabel into a member of The Luxury Collection.

Starwood is one of the leading hotel and leisure companies in the world with nearly 1,300 properties in some 100 countries and approximately 188,000 employees. The company is a fully integrated owner, operator and franchisor of hotels, resorts and residences under the world famous brands, including The Luxury Collection, Sheraton, ST. Regis and others.

In December 2014, Obama announced the United States would normalize relations with Cuba. The two countries reopened embassies in their respective capitals in July 2015 after more than 50 years of hostility and non-engagement. Despite the rapprochement between the two countries and increased trade and travel opportunities, the United States continues to maintain a congressionally-mandated trade embargo on Cuba.