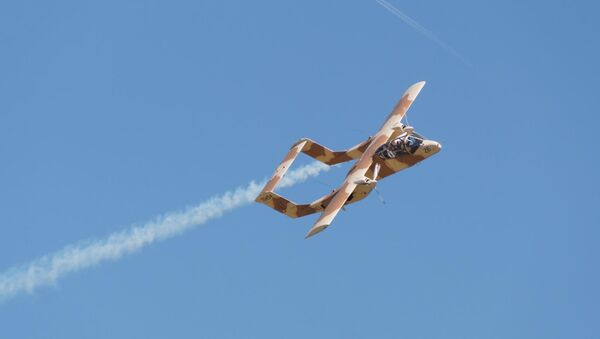 America began to use two OV-10 Bronco combat planes from the Vietnam War era in the fight against the Daesh terrorist group, CNN reported. Both types of aircraft are almost 50-years-old.

Daesh-Linked Militants Claim Responsibility for Bombing in North Sinai
As part of the anti-Daesh operation the planes, each flown by a pair of naval aviators, have already conducted 120 operational flights, according to US Central Command spokesman, Capt. Bryant Davis.

The experiment is aimed at determining whether slower turbo-propeller planes are more effective in conducting operations against paramilitary forces than expensive advanced F-15 and F-35, which conduct most of the US' airstrikes in the Middle East.

"Using an F-35 to fly close air support against insurgents would be akin to ‘buying a brand new Rolls Royce to take the garbage to the dump,'" he said.

A one hour flight by the modern combat plane jets cost about $40,000, while the Bronco cost less than $5,000 per flight.

Harmer admitted that the antique planes were vulnerable to modern enemy aircraft and anti-aircraft missiles, but reassured that OV-10 Bronco would be "extremely effective" in environments like Iraq and Afghanistan, where the terrorists have very limited anti-aircraft weapons.