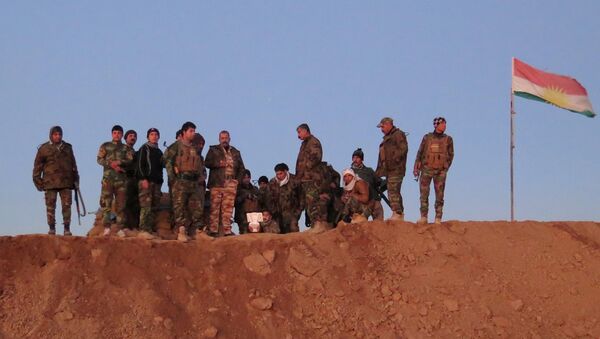 The creation of a federal system would be an appropriate solution for the future Syrian state, President of Iraqi Kurdistan Masoud Barzani said on Sunday.

MOSCOW (Sputnik) — On Thursday, Syrian Kurds announced the creation of a federal region in country's north — the so-called federal democratic system of Rojava and Northern Syria. The Syrian government responded by saying that the Kurds’ unilateral decision had no legal power.

"The proposed federal system is an appropriate solution for the future structure of Syria's state," Barzani said, as quoted by Al Mayadeen TV channel.

Is Syria Unravelling? Kurds Declare Federation in Northern Syria
He added that after the Kurds made the decision about the federalization, they should elect their own government, parliament and president.

Kurdish representatives maintained that the new entity would remain part of Syria as a federal unit. The federal region is said to be composed of Kurdish, Arab, Turkmen and other ethnic groups populating the region.

The announcement came amid a new round of Syrian peace talks in Geneva, where the government and numerous opposition representatives, excluding Kurds, discuss the Syrian settlement, as well as it's future.