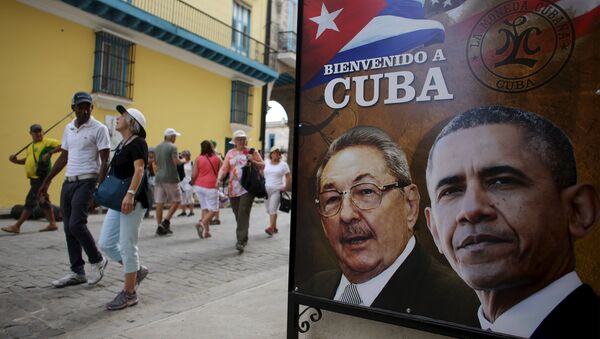 On March 20, Barack Obama will become the first sitting US president to visit Cuba in nearly nine decades in what would mark a major milestone for Cold War foes, who formally reestablished relations last year.

"I would not overestimate the importance of the visit. It comes during Obama's last year in office," Nikolai Kalashnikov, a deputy director of the Russian Academy of Sciences' Latin America Institute, told RT.

Nevertheless, the analyst called the visit "a landmark event."

"But in a way this is a visit made by a private individual, not a president. Obama could hardly influence American relations with Cuba at this point. This is more of a last effort to show that he was awarded a Nobel Peace Prize for a reason. I believe that the Cuba visit is Obama's sole achievement in terms of spreading peace globally," Kalashnikov added. 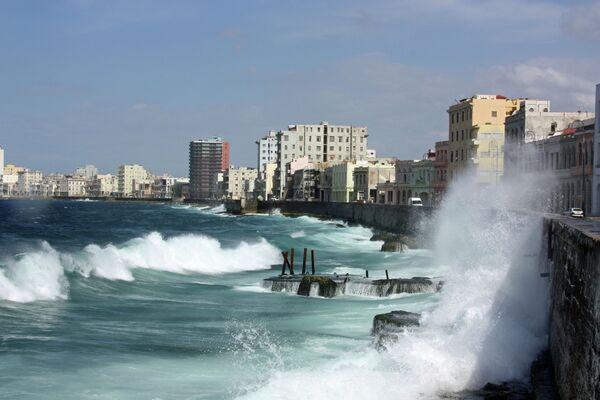 Obama’s List of Invitees in Cuba ‘Non-Negotiable’ With Havana
Experts agree that the next US president will have a greater say in setting the agenda in bilateral relations. Luis René Fernández Tabío, Professor of Economics at the University of Havana, maintains that no drastic changes will happen. "It would be hard for the next US president to reverse" Obama's policy, he told RT.

Foreign policy analyst Jorge Hernández Martínez of the University of Havana pointed to the fact that Obama's visit could be aimed at boosting the Democratic Party and Hillary Clinton as its most likely frontrunner.

"If everything goes well and all the goals will be achieved, Obama will likely improve his image and enhance credibility of the Democratic candidate for president, since this person will be seen as the one, who will continue Obama's policies," the analyst told RT.

Obama's sudden policy shift has caused controversy. Unsurprisingly, not everyone in the US is happy with Washington's new course in relations with Cuba – particularly the Republicans. 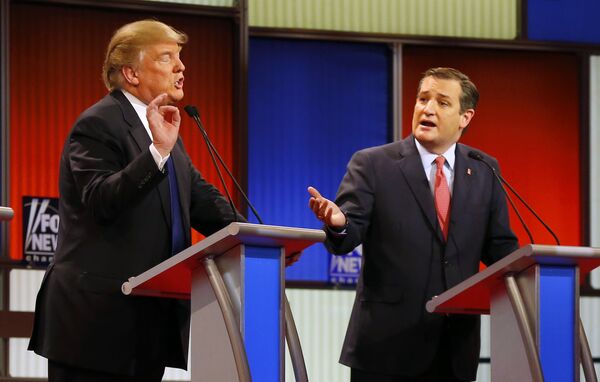 What 2016 Presidential Race Means for the Future of US-Cuban Relations
Florida Senator Marco Rubio, who recently suspended his White House bid, and Texas Senator Ted Cruz, a GOP presidential hopeful, chastised Barack Obama for the change. Cruz called the upcoming visit "a real mistake" at the time when the announcement was made. Interestingly, both Rubio and Cruz are Cuban-Americans.

Americans of Cuban descent have largely met Obama's policy shift on Cuba with caution, but their attitudes are changing. 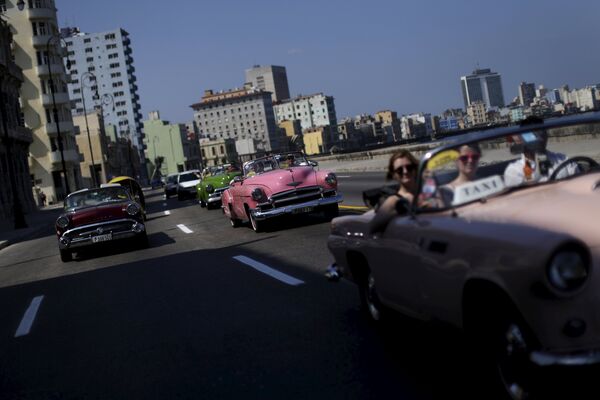 Tourists ride in a vintage car at the 'Malecon' seafront in Havana, March 16, 2016.
© REUTERS / Ueslei Marcelino
Newsfeed
0
Access to the chat has been blocked for violating the rules . You will be able to participate again through:∞. If you do not agree with the blocking, please use the feedback form
The discussion is closed. You can participate in the discussion within 24 hours after the publication of the article.
To participate in the discussion
log in or register
loader
Chats
Заголовок открываемого материала