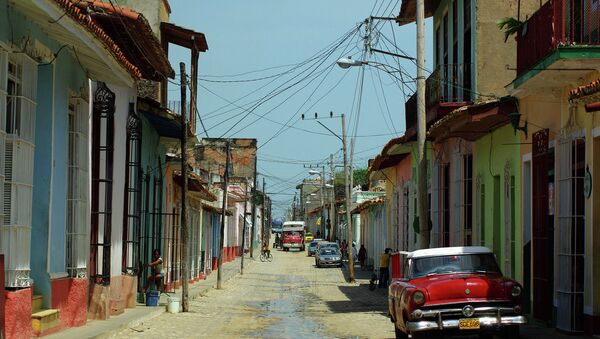 WASHINGTON (Sputnik) — Freeman acknowledged that Obama was not in any position to repeal the legal infrastructure that maintains the US economic and trade embargo on Cuba, as the Republican-controlled Congress would not permit it.

"The most significant things to normalize have not materialized that Obama promised," Institute for Policy Studies analyst Netfa Freeman said on Friday.

The legal structure that Obama lacks the political clout to dismantle includes such measures as the 1992 Torricelli Act and the 1996 Helms-Burton Act, he noted.

However, "the president has it in his power to proclaim many executive orders and that is not being done," Freeman insisted.

Obama could use his executive power to authorize the use of dollars in international transactions with Cuba and enable Cuban entities to have bank accounts in the United States, Freeman pointed out.

The US president could also authorize Cuban vessels and aircraft to normalize the carrying of cargo and mail between the United States and Cuba, he added.

All the rhetoric surrounding this rapprochement, he suggested, was followed by no substance — referring to the lack of progress in normalizing relations that Obama had announced in December 2014.

"The promise of substantive easing of the embargo went undelivered," Freeman stated.

Instead, the US government’s goal remained determined to change Cuban society, Freeman argued.

"They want to overwhelm Cuba with tourists, foreign travel and cultural influences. The nitty-gritty — the nooks and crannies of US policymaking — what it takes to actually normalize relations is lacking. The blockade is still firmly in place and nothing has been done to really dismantle it," Freeman concluded.

University of Pittsburgh Professor Michael Brenner agreed that Obama’s visit to Havana would be purely symbolic in nature.

"Normalization was long overdue. This is just a good photo-op showing how 'brave' and 'change-minded' Obama is," Brenner told Sputnik on Friday. "What can be expected? A chapter in his memoirs: All that's at stake is a bit of trade and the Cuban tourist industry."

Obama will be the first US president to visit Cuba while in office since Calvin Coolidge in 1928.