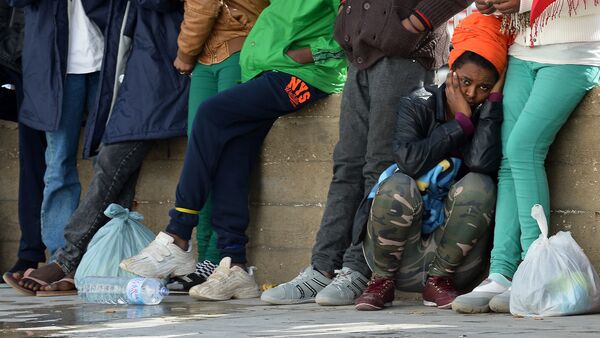 MOSCOW (Sputnik) — Most recently, 132 migrants and a corpse were picked up from a rubber dinghy, the agency said on Saturday.

This comes a day after the European Union and Turkey agreed a deal to end uncontrolled migration to Greece across the Aegean Sea. EU nations promised to resettle one refugee from Turkish camps for every migrant transported back to Turkey starting this Sunday.

Last year, more than 1.2 million migrants arrived in Europe from Africa and the Middle East. Rough seas prevented migrants from attempting a dangerous voyage from North Africa in winter, but fears are that improving weather conditions will soon trigger a renewed surge of migrants to Italy.