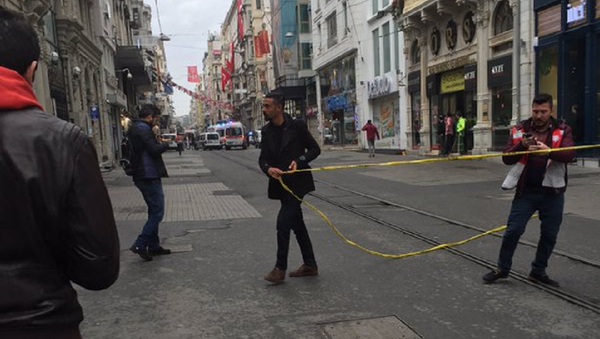 TEL AVIV (Sputnik) — The suicide blast ripped through a major tourist street in Istanbul, killing five people including the attacker, and injuring at least 36 people.

"During the day I received updates about what happened in Istanbul. We can say with certainty that, sadly, two Israeli citizens were killed. It could be that there is a third victim," Netanyahu said at the Israeli Foreign Ministry's situation room on Saturday.

According to the prime minister, there are approximately eleven Israelis who were wounded and the two planes have been dispatched in order to bring them back to Israel.

Tel Aviv currently has no confirmation that this terrorist attack was directed at Israelis, however the authorities are trying to clarify things in the intelligence sphere regarding that issue, according to Netanyahu.