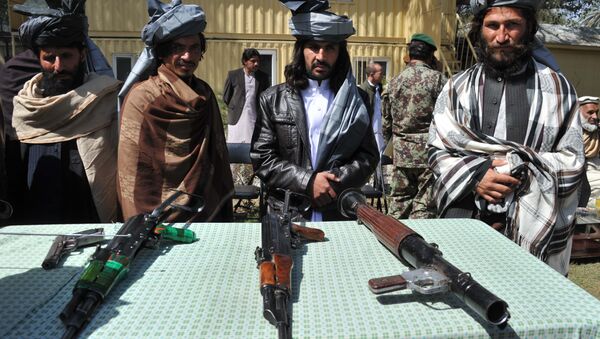 Ekaterina Blinova
All materialsWrite to the author
Washington and its allies created the Islamist Frankenstein with their own hands: over the decades radical Muslim 'agents of destruction' have formed the belt of instability which stretches across the MENA region to Central Asia and beyond. But how did it all begin?

Back in December 1979 the USSR deployed a limited contingent of Soviet troops in Afghanistan in response to repeated requests from the Afghani government.

It is worth mentioning that the Soviet leadership had long hesitated to launch the military operation aimed at stabilizing the political situation in the Central Asian state, considering it completely "unreasonable."

"Comrades, I have thought this issue over very thoroughly since yesterday and have concluded that we should consider very, very seriously whether it would make sense to send troops into Afghanistan. The economy is backward, the Islamic religion predominates, and nearly all of the rural population is illiterate. I do not think we can uphold the revolution in Afghanistan with the help of our bayonets. The idea is intolerable and we cannot risk it," KGB Chairman Yuriy Andropov said at one the Soviet politburo discussion on the matter, as quoted by US academic David N. Gibbs (Afghanistan: The Soviet Invasion in Retrospect, 2000).

Daesh Terrorists: A Multifunction Tool in Hands of Ankara, Riyadh, NATO
In April 1979 the Kremlin rejected Kabul's plea to send Soviet ground troops to the Democratic Republic of Afghanistan, explaining that the move would add the fuel to the fire of the Afghani internal strife.

Furthermore, the Soviet government voiced its concerns that the military involvement would be misinterpreted by the USSR's Cold War rivals and used as a pretext for an all-out anti-Soviet propaganda campaign.

However, the situation in Afghanistan soon spun out of control, threatening security of the USSR border regions. In this context the Kremlin made the decision to step in. 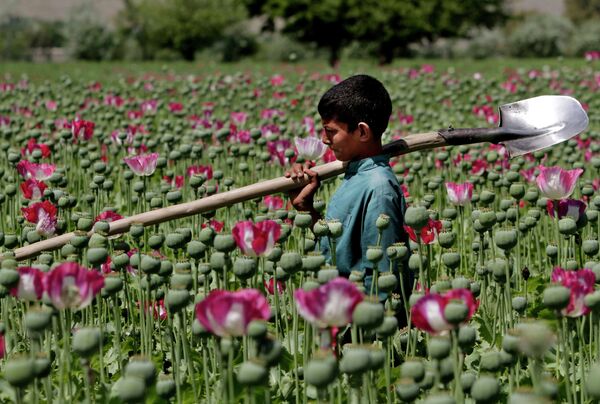 Predictably, the Kremlin's grim prognoses came true: the USSR's involvement in Afghanistan's affairs prompted a backlash from the United States.

Washington had long been keeping an eye on Soviet-Afghani relations. The USSR's attempts to bolster the pro-Soviet government in Kabul clearly contradicted the American Cold War-era containment doctrine.

It has been shrouded in secrecy that the US began to aid the "Mujahedeen" (warriors engaged in a "holy war," jihad) in Afghanistan six months before the Soviet intervention.

"According to the official version of history, CIA aid to the Mujahedeen began during 1980, that is to say, after the Soviet army invaded Afghanistan, 24 Dec 1979. But the reality, secretly guarded until now, is completely otherwise: Indeed, it was July 3, 1979 that President Carter signed the first directive for secret aid to the opponents of the pro-Soviet regime in Kabul," Zbigniew Brzezinski, former President Jimmy Carter's National Security Advisor (1977- 1981) recalled in his interview with Le Nouvel Observateur in 1998.

Interestingly enough, Brzezinski admitted that by kicking off its covert operation in Afghanistan in summer 1979, Washington wanted to "increase the probability" of the Soviet intervention. It was actually a trap set by the US hawks for the USSR in the Central Asia, according to the former National Security Advisor.

"And that very day [July 3, 1979], I wrote a note to the president in which I explained to him that in my opinion this aid was going to induce a Soviet military intervention… We didn't push the Russians to intervene, but we knowingly increased the probability that they would," Brzezinski stressed.

'Moderate' Islamism? Washington, Brussels Playing With Fire in Syria, Iraq
To complicate matters further, Washington's hawks decided to bet on radical Islamists to drag the Soviet Union into a political and military quagmire in Afghanistan. This is how the CIA's Operation Cyclon began.

Operation Cyclone (1979-1989), one of the longest and most expensive CIA undertakings, envisaged training and arming of Islamists.

Why did the American government decide to sponsor Islamic fundamentalism? In his interview with Sputnik Middle Eastern expert Ghassan Kadi pointed out that Islamism was regarded as a sort of "alternative" to secular socialist agenda that became especially popular among Arab youths in the 1950s and the 60s. As a result, a battle for hearts and minds was launched between pro-Soviet Arab leaders and Islamic fundamentalists, backed by the West. 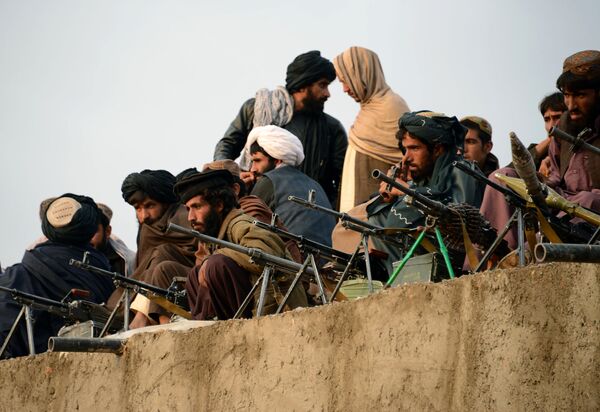 In this photograph taken on November 3, 2015, Afghan Taliban fighters listen to Mullah Mohammad Rasool Akhund (unseen), the newly appointed leader of a breakaway faction of the Taliban, at Bakwah in the western province of Farah
© AFP 2022 / JAVED TANVEER

"An arc of crisis stretches along the shores of the Indian Ocean, with fragile social and political structures in a region of vital importance to us threatened with fragmentation. The resulting political chaos could well be filled by elements hostile to our values and sympathetic to our adversaries," Brzezinski said in his speech in 1978; the adversaries he referred to were the Soviets.

To accomplish the objectives of Operation Cyclone, Washington enlisted the help of the Pakistan leadership and the country's Inter-Services Intelligence (ISI). Pakistan's dictator, General Muhammad Zia-ul-Haq, proved to be a valuable asset for the US.

A number of Islamist training schools for the Mujahedeen had been organized in the territory of Pakistan, directed by CIA, MI6 and SAS and funded by the US and Saudi Arabia. It is no secret that the fundamentalist Taliban movement — the US' decades-long headache — traces its origin to these Pakistan-based Mujahedeen entities. Remarkably, in 1980, infamous Osama bin Laden arrived from Saudi Arabia to Pakistan and joined the movement.

Carter's successor, US President Ronald Reagan significantly boosted the US military assistance to the Afghani and Pakistani Islamists.

It was President Reagan who met with the Afghani Mujahedeen in the Oval Office and ordered to deliver 1,000 new FIM-92 Stingers to the Islamist militants between 1986 and 1987.

"Beginning in 1985, the CIA supplied mujahedeen rebels with extensive satellite reconnaissance data of Soviet targets on the Afghan battlefield, plans for military operations based on the satellite intelligence, intercepts of Soviet communications, secret communications networks for the rebels, delayed timing devices for tons of C-4 plastic explosives for urban sabotage and sophisticated guerrilla attacks, long-range sniper rifles, a targeting device for mortars that was linked to a US Navy satellite, wire-guided anti-tank missiles, and other equipment," prominent US journalist Steve Coll wrote in his 1992 article for The Washington Post.

But that is not all. In 1984, CIA director William Casey came up with the plan to take the Afghan war into USSR territory. Casey planned to launch subversive operations in the Soviet Union's predominantly Muslim southern republics. The CIA's covert operation dealt a heavy blow to the Soviet military campaign in Afghanistan, Washington's goals were met, the rest is history.

ISIL 'Frankenstein' Created by West and Its Gulf State Allies
Commenting on the results of Operation Cyclone back in 1998, Brzezinski noted, that he did not regret that the US' Afghani covert war resulted in the emergence of terrorist Taliban organization.

"Regret what? That secret operation was an excellent idea. It had the effect of drawing the Russians into the Afghan trap and you want me to regret it?.. What is more important in world history? The Taliban or the collapse of the Soviet empire? Some agitated Moslems or the liberation of Central Europe and the end of the cold war?" Brzezinski claimed back in 1998.

However, the story of Islamist insurgency in the MENA region (North Africa and Middle East) and Central Asia is far from being over. Today, in addition to Taliban and al-Qaeda the world is also threatened by Daesh and its numerous factions and followers across the globe.