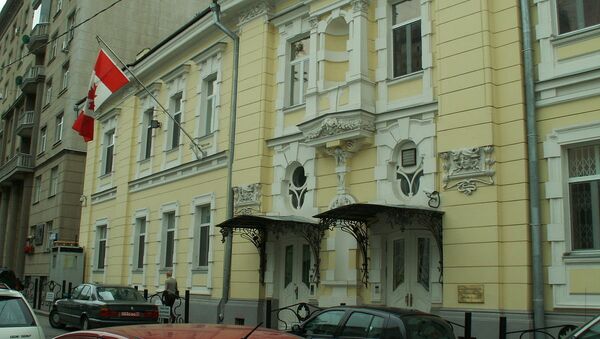 Canada’s recently-elected Liberal Party government has failed to live up to its stated goal of re-engaging constructively in the international arena by renewing and expanding sanctions against Moscow, the Russian Embassy in Ottawa said in a statement.

WASHINGTON (Sputnik) — Instead of reassessing failed policies, the government of Prime Minister Justin Trudeau, which took power on November, had fallen into an unfortunate repetition of a confrontational pattern followed by his predecessor, Prime Minister Stephen Harper, the statement noted.

"The Canadian government decision to expand existing anti-Russian sanctions is deplorable and runs contrary to its declared intention of shifting to the policy of reengagement on the international arena," the statement stated on Friday.

The decision to preserve and extend the sanctions "will surely have negative consequences for Russian-Canadian relations," the statement added. "This is not how diplomacy is done and it does not pave the way to an honest and mutually respectful dialogue."

Trudeau promised a new era of constructive dialogue and cooperation with nations around the world in his election campaign and on taking office.