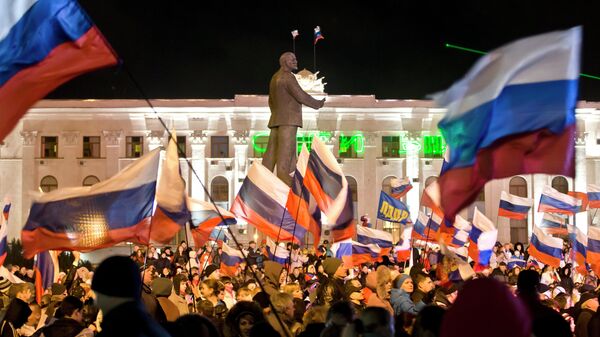 Friday marks two years since Russian President Vladimir Putin and the Crimean leadership signed an agreement on the accession of the Republic of Crimea to Russia, after 96 percent of the Crimean peninsula’s population expressed support for the move in a public referendum.

MOSCOW (Sputnik) — On February 22, 2014, there was a power shift in Ukraine that had the attributes of a coup d'etat. The Ukrainian parliament, the Verkhovna Rada, ousted then President Viktor Yanukovych from power, changed the constitution, and set new presidential elections for May 25.

Top-15 Amazing Places in Crimea Worth Seeing
On February 23, 2014, over 20,000 people gathered on Nakhimov Square in downtown Sevastopol for the "people's will" rally. The participants expressed their mistrust of the local authorities and Ukraine's Verkhovna Rada. The city's residents unanimously voted for businessman Alexei Chaly to become the city's new mayor.

The city council voted for the creation of an executive committee headed by Alexei Chaly. Since February 24, 2014, the city residents have been holding rallies in the city center in support of Chaly. Ukrainian military units have also been picketed with appeals not to turn weapons on the people. 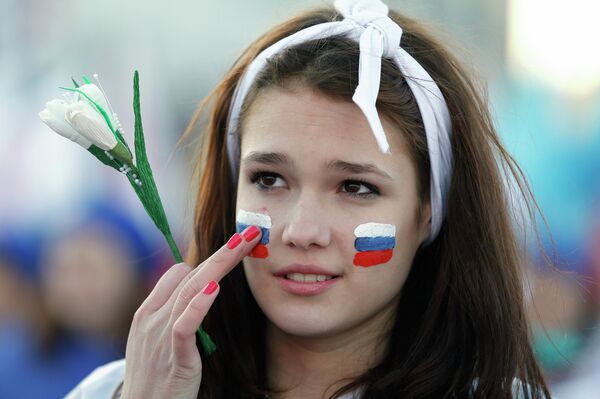 'Crimea - Way Back Home' Film Documents Historic Homecoming (VIDEO)
The participants of the rally also called for the restoration of the 1992 Crimean Constitution according to which the republic should have its own president and independent foreign policy. The protesters also called for a referendum for Crimean residents to be able to choose the direction of the region's further development, either as an autonomous republic within Ukraine, or as an independent state, or as part of Russia.

Poklonskaya's Story: Crimea's Leading Lady Recounts a Busy Two Years
The Crimean Supreme Council called for a referendum on expanding the powers of the autonomous republic to be held on May 25, 2014. The referendum was to include one question: "Do you support the state self-determination of Crimea as part of Ukraine on the basis of international treaties and agreements?" 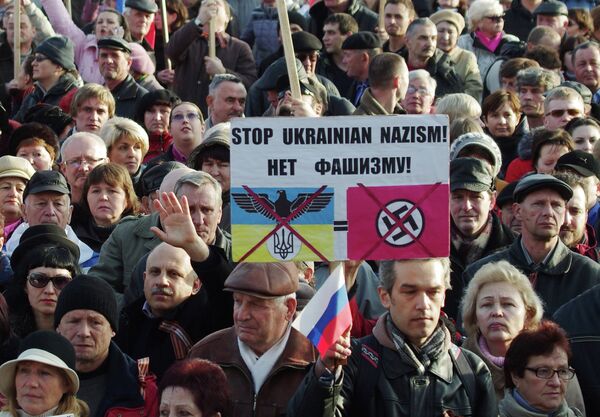 Reunited and It Feels So Good: Crimeans Reflect on Two Years With Russia
On March 6, 2014, the Crimean parliament voted for the autonomous republic's reunification with Russia. The referendum date was moved to March 16, 2014. Crimean residents were asked two questions at the referendum: "Do you support the reunification of Crimea with Russia as a constituent entity of the Russian Federation?" and "Do you support the restoration of the 1992 Constitution of Crimea and the status of Crimea as part of Ukraine?" 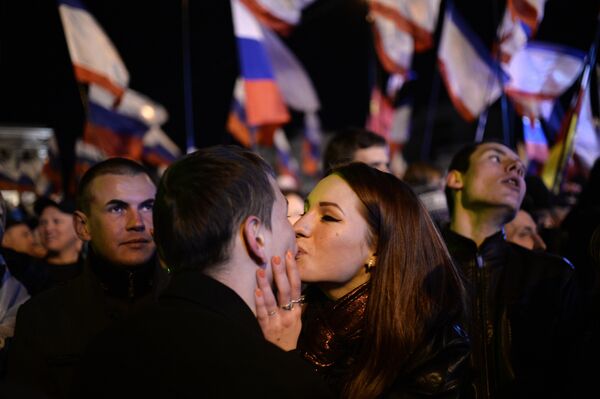 A file picture taken on March 16, 2014 shows a Crimean couple kissing as people celebrate in Simferopol's Lenin Square after exit polls showed that about 93 percent of voters in Ukraine's Crimea region supported union with Russia.
© AFP 2022 / DIMITAR DILKOFF
Newsfeed
0
Access to the chat has been blocked for violating the rules . You will be able to participate again through:∞. If you do not agree with the blocking, please use the feedback form
The discussion is closed. You can participate in the discussion within 24 hours after the publication of the article.
To participate in the discussion
log in or register
loader
Chats
Заголовок открываемого материала