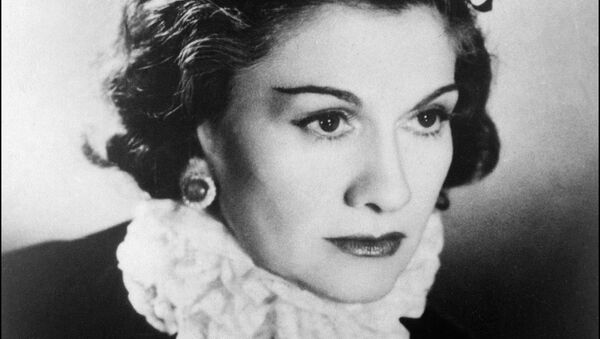 © AFP 2021
Subscribe
Iconic French designer Coco Chanel was registered as an Abwehr agent, according to declassified documents of the French secret services, but historians believe that she might not have been aware of it.

The documents also revealed the individual paths taken by thousands of agents, including celebrities like French designer Coco Chanel.

Coco Chanel who is one of the most famous French women of the 20th century was listed as a German intelligence agent; the Associated Press reported citing the unveiled secret service’s archives.

The designer’s file includes a note written in Paris in November 1944. “A source in Madrid informed us that Madam Chanel was in 1942-43 the mistress and agent of Baron Guenter von Dinklage. Dinklage used to be an attaché at the German embassy in 1935. He worked as a propagandist and we suspect him of being a (German) agent,” the document says.

According to Frederic Queguineur, who is in charge of the secret services' archives, the file shows that Coco Chanel was documented as an agent by the Nazi intelligence organization, the Abwehr.

“From the German point of view, they registered her, so it means she potentially could be a source of information, fulfill a mission, work for them. But from her point of view, we don't know if she was really aware of that,” he told the AP.

With the beginning of war Chanel closed her fashion boutiques and shops. After the arrest of her nephew she made contact with the German authorities and after liberation of France, she was accused of collaboration and was expelled from the country.

Earlier, historians suspected that Coco Chanel not only supplied the Abwehr with information, but also excelled in more than a dozen spy missions.

The secret services' archives include German documents seized by the French at the end of the war and thousands of individual files pertaining to members of the French resistance and investigation files of suspected collaborators.