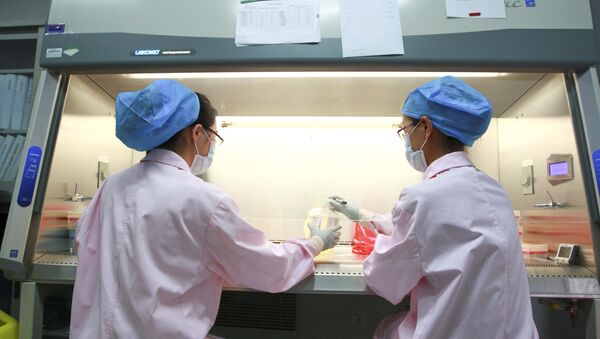 A team of Yokohama City University biologists has successfully created a tiny liver that functions as efficiently as a human one, NHK reported on Thursday.

Grow Me a Heart? Scientists Create Cardiac Tissue From Stem Cells
The miniature organ was grown by a group of scientists led by Professor Hideki Taniguchi. It is working on creating "mini livers" with a size of several millimeters, using iPS cells, NHK reported.

The induced pluripotent stem cells can develop into various kinds of body tissue.

According to members of Professor Taniguchi’s team, the mini livers can convert ammonia into harmless substances at the same level as cells in human livers.

They also say the capability of the mini livers to generate albumin, a type of protein in blood, doubled.

A clinical study of the “mini-livers” is scheduled to start in 2019. The team plans to transplant multiple tiny livers into patients with severe liver failure.

Professor Taniguchi says his team will further study how to control the risk of iPS cells generating tumors.

In 2006, Kyoto University Professor Shinya Yamanaka made a groundbreaking discovery that six years later won him the Nobel Prize in Physiology. He found a new way to “reprogram” adult, specialized cells to turn them into stem cells.

Yamanaka’s discovery means that theoretically any dividing cell of the body can now be turned into a pluripotent stem cell.

The main problem holding up the use of such cells in medicine is the persistently high risk of iPS cells generating tumors.