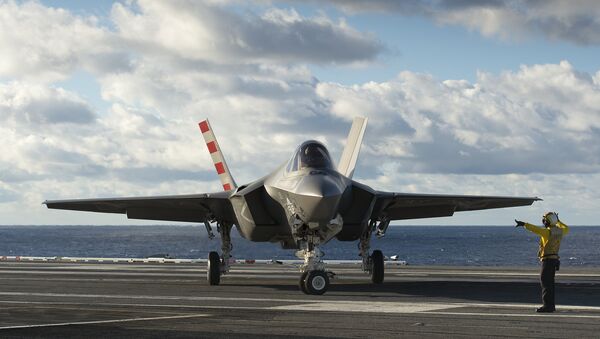 © Flickr / Gonzalo Alonso
Subscribe
Bad news for the Lockheed Martin F-35 Lightning II; the Pentagon's super expensive fifth-generation plane, long plagued by all sorts of troubles, will most likely not be ready to take part in an actual battle until at least 2022, the Project On Government Oversight asserted.

The F-35 was supposed to be all set and ready to go in the early 2010s, but it never happened.

The Joint Strike Fighter Program "has already been in development for more than twenty years. The plane is still years away from being capable of providing any real contribution to the [US] national defense if, in fact, it ever will be," the independent non-profit noted.

The Project On Government Oversight based its findings on a report produced by the Pentagon's Director of Operational Test and Evaluation (DOT&E). The document is essentially "a gripping story of mismanagement, delayed tests, serious safety issues, a software nightmare, and maintenance problems crippling half the fleet at any given time." 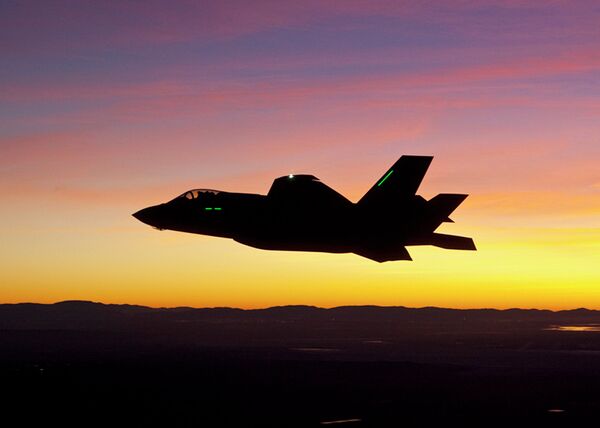 This description is evidently fittings since the Joint Strike Fighter Program Officer referred to the DOT&E report as "factually accurate." Lt. Gen. Chris Bogdan also added that the development program was "80 percent complete" pointing to the progress achieved last year.

Pentagon's 'Most Expensive Mistake': Americans Want F-35 Jets to Go
For instance, in mid-2015, the US Marine Corps declared that their version of the F-35 had achieved so-called initial operational capability (IOC). However, a report released by DOT&E showed that the majority of F-35Bs would not survive in an actual battle and granting the F-35B the IOC was premature.

In what could be seen as a tacit confirmation of this assessment, the F-35B is markedly absent from Iraq and Syria, although the US could have benefited from using the most advanced aircraft in its arsenal against Daesh. After all, the US deployed its second best warplane, the Lockheed Martin F-22 Raptor, to take part in the anti-Daesh airstrike campaign.

The bottom line is that "the plane that was supposed to be flying combat missions in 2012 is still costing taxpayers billions to develop, with no end in sight," the Fiscal Times concluded.