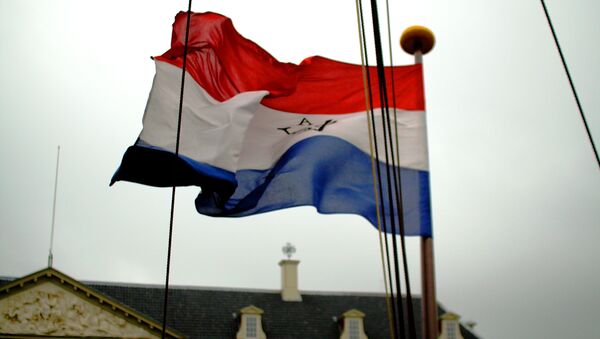 © Flickr / Colm MacCárthaigh
Subscribe
The Dutch parliament has passed a landmark resolution calling on the government to halt the sale of arms to Saudi Arabia, accusing the Gulf kingdom of "violating international humanitarian law" as a result of its military offensive in Yemen.

The bill is the first of its kind to be passed by a European Union member state following developments in the EU parliament last month, where MEPs voted in favor of a bill demanding a complete arms embargo on Saudi Arabia.

The Dutch bill cited a UN Panel of Experts report in January, which found that 119 sorties carried out by the Saudi-led coalition in Yemen had violated international law, while MPs also pointed to Riyadh's continued use of the death penalty as reasons behind the decision.

Following the passing of the bill, the government has now been asked to place a ban on all arms sales to Saudi Arabia, as well as any other exports that could violate human rights.

The UN has estimated that 6,000 people, including 3,000 civilians, have been killed in Yemen since Riyadh began its military offensive against Houthi rebels in the country in 12 months ago, with officials last year declaring that the Saudi-led bombing campaign was responsible for two-thirds of civilian deaths.

Saudi officials have continuously denied allegations that their airstrikes have been responsible for mass civilian casualties. 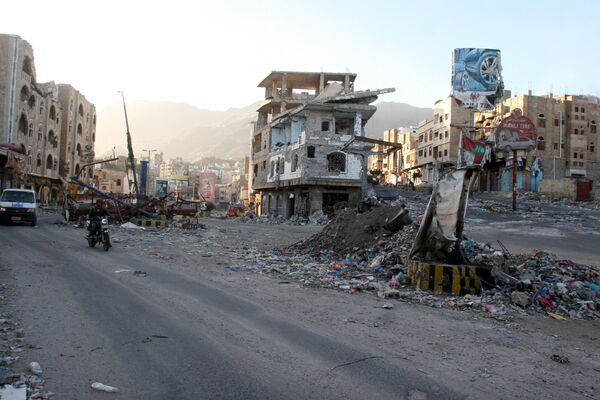 However just hours after the developments in Dutch parliament, Riyadh was facing fresh allegations that a Saudi bomb was responsible for destroying a civilian market in north-western Yemen, which Houthi figures say claimed the lives of more than 100 people.

Pressure on Other EU States to Act

The decision is a blow for Saudi Arabia and is also expected to increase the pressure on other EU member states to follow the Netherlands and implement their own arms embargoes.

The UK, France and Germany have been heavily criticized for their continued sale of arms to the Gulf kingdom, amid mounting evidence that the Saudi-led coalition has violated international law on numerous occasions.

Rosa Curling from legal firm Leigh Day, which is representing CAAT, said there was "overwhelming" evidence that UK arms were contributing to the breaches of international law in Yemen.

"If there is a clear risk that arms exported from the UK might be used to violate international humanitarian law, the UK has a legal obligation not to grant licenses for the export of military equipment and arms… We can see no reasonable basis upon which the government could conclude there is not such a risk in relation to exports to Saudi Arabia. The evidence is overwhelming."

000000
Popular comments
Very good the Dutch Parliament have passed a Saudi arms embargo ! But my feeling is if the brutal dog is dead the cowers like to give them a kick as well !!!! The Arms embargo should have come for Years.....
tobi.gelando
16 March 2016, 15:59 GMT
000000
Newsfeed
0
New firstOld first
loader
LIVE
Заголовок открываемого материала
Access to the chat has been blocked for violating the rules . You will be able to participate again through:∞. If you do not agree with the blocking, please use the feedback form
The discussion is closed. You can participate in the discussion within 24 hours after the publication of the article.
To participate in the discussion
log in or register
loader
Chats
Заголовок открываемого материала
Worldwide
InternationalEnglishEnglishMundoEspañolSpanish
Europe
DeutschlandDeutschGermanFranceFrançaisFrenchΕλλάδαΕλληνικάGreekItaliaItalianoItalianČeská republikaČeštinaCzechPolskaPolskiPolishСрбиjаСрпскиSerbianLatvijaLatviešuLatvianLietuvaLietuviųLithuanianMoldovaMoldoveneascăMoldavianБеларусьБеларускiBelarusian
Transcaucasia
ԱրմենիաՀայերենArmenianАҧсныАҧсышәалаAbkhazХуссар ИрыстонИронауОssetianსაქართველოქართულიGeorgianAzərbaycanАzərbaycancaAzerbaijani
Middle East
Sputnik عربيArabicArabicTürkiyeTürkçeTurkishSputnik ایرانPersianPersianSputnik افغانستانDariDari
Central Asia
ҚазақстанҚазақ тіліKazakhКыргызстанКыргызчаKyrgyzOʻzbekistonЎзбекчаUzbekТоҷикистонТоҷикӣTajik
East & Southeast Asia
Việt NamTiếng ViệtVietnamese日本日本語Japanese中国中文Chinese
South America
BrasilPortuguêsPortuguese
NewsfeedBreaking
10:14 GMT'Blink Twice': Kamala Harris Aide 'Absolutely Loves' His Job, But Netizens Don't Buy It
10:09 GMTNovak Djokovic Signs Up for ATP Cup Amid Row Over Tennis Star's Vaccination Status
10:00 GMT'I Would Like Messi to Be Sincere': Robert Lewandowski Blasts PSG Star's Ballon d'Or Remarks
09:46 GMTPentagon Chief Concerned Over Americans' Declining Trust in US Military Under Biden
09:23 GMTCar Bomb Explosion in Southern Iraq Reportedly Kills 7 People - Video, Photo
09:14 GMTPalestinian Activist Adopts Recycling & Mass Education as PA Struggles to Cope With Piles of Waste
09:08 GMT'It's a Signal to Washington', Say Experts as India Expands Military Ties With Russia
08:58 GMTRussia Approves Flight of Two Japanese Tourists to ISS, Marking Return to Space Tourism
08:48 GMTAstroworld Tragedy: Travis Scott Asks Judge to Dismiss at Least One of 300 Lawsuits Against Him
08:42 GMTWhite House: Video Call With Putin Only Item on Biden's Timetable for Tuesday
08:36 GMTPutin, Biden Set to Hold 'Secure' Video Call Amid Ukraine Tensions
08:33 GMTLaser Communications Relay Demonstration Launched Into Space From Cape Canaveral in Florida
08:15 GMTEx-Madhya Pradesh State Chief Slams BJP After Hindu Activists Vandalise Catholic School in India
07:49 GMTPrince Harry Raises Eyebrows as Duke Says Quitting Jobs Can Be Good For Mental Health
07:23 GMTArsenal Star Martin Odegaard Slams His Own Team After Shock Loss to Everton in Premier League
07:18 GMTIndian Farmer Turns Into Millionaire Overnight After Digging Up 13-Carat Diamond
07:10 GMTFramed Naked Photo of Ghislaine Maxwell and Other Nude Pictures Belonging to Epstein Shown at Trial
07:04 GMTChina Slams US for 'Trying to Disrupt' Beijing Olympics, Vows Response to Diplomatic Boycott
07:00 GMTMost Americans, Europeans Oppose Cancel Culture, Poll Reveals
06:42 GMTUS Completes Construction of Long-Range Radar Against Missile Threats in Alaska