Russia to Boost Fight Against Terrorism in Syria 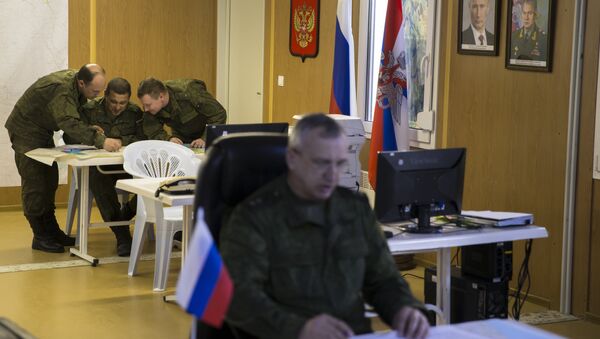 Kremlin Administration head Sergei Ivanov said that Moscow is not easing the fight against terrorism in Syria, but with smaller military contingent.

MOSCOW (Sputnik) – Russia intends to intensify its fight against terrorism in Syria, but such a large military contingent is no longer needed for that, Kremlin Administration head Sergei Ivanov said Tuesday.

“We aren’t easing [the fight against terrorism], we are intensifying it, but we don’t need such a contingent for that, which is there today. Actually, at the given moment, I believe that the first planes have already hit the skies for home,” Ivanov told journalists when asked whether Russia’s anti-terrorism fight would weaken after Russia withdraws most of its military out of Syria.