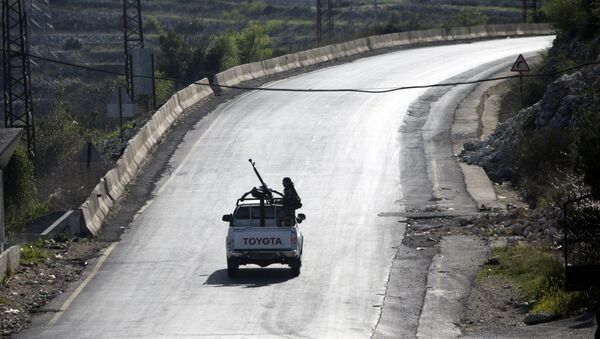 Russia will continue playing a crucial role in the Syrian reconciliation process after the withdrawal of its Aerospace Forces from the Arab republic, a member of the European Parliament told Sputnik Tuesday.

MOSCOW (Sputnik) – Moscow has consistently backed the promotion of intra-Syrian peace dialogue and along with Washington contributed to reaching a ceasefire deal between the government and opposition on February 22.

The cessation of hostilities has been ongoing against the backdrop of resumed "substantial" proximity talks between Syrian government and opposition delegates, mediated by UN Special Envoy Staffan de Mistura.

"I think this is a historic contribution to the solution of the crisis in Syria. Russia shows a great sense of responsibility and will therefore definitely have a key role in the future of peace and regulation of this region so heavily burdened by conflict," Mario Borghezio of the Europe of Nations and Freedom (ENF) political group in the European Parliament stressed.

Russia’s withdrawal of its Aerospace Forces from Syria is essential for the political stabilization of the region, being an important step toward resolving the acute humanitarian crisis in the war-torn country, a member of the European Parliament told Sputnik Tuesday.

On Monday, Russian President Vladimir Putin ordered Defense Minister Sergei Shoigu to start withdrawing the Russian air group from Syria the following day as it has completed its assigned tasks.

"The developments can be very important and perhaps decisive for the political balance of the region, with a reflection certainly also crucial from the point of view of the humanitarian crisis and therefore of the very serious problem of the millions of Syrian refugees, who Europe cares for," Mario Borghezio of the Europe of Nations and Freedom (ENF) political group in the European Parliament stated.

Syria has been mired in civil war since 2011, with government forces, fighting numerous opposition factions and radical Islamists. The conflict has significantly damaged the country's economy and precipitated a humanitarian disaster.

Russia had been conducting an aerial campaign against terrorists in Syria since September 30, 2015 at President Bashar Assad's request.

The Swiss city of Geneva currently hosts the UN-backed proximity talks between the Syrian opposition and the government's delegation to put an end to the deadly conflict.