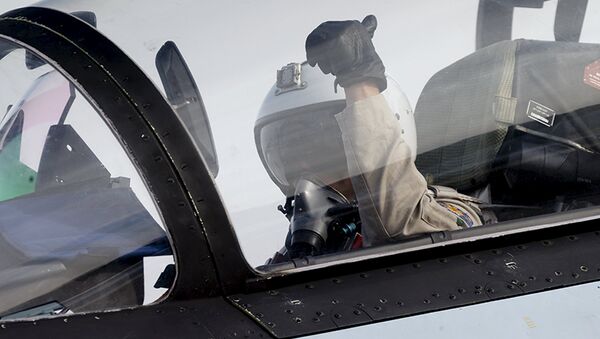 Finian Cunningham
All materials
A sure sign of Russia’s geopolitical strength is that it can, and does, unilaterally set the international agenda. This has been made obvious again in the surprise announcement this week by President Putin to begin withdrawal of Russian military forces from Syria.

It was, recall, Russia’s earlier lightning-fast air operation in Syria at the end of last year that has led to the current diplomatic track – a track that Washington and its allies have had to belatedly conform to. Now this latest move by Russia serves to reinforce the diplomatic track, and once again it has sent Western counterparts into a tailspin.

In announcing military drawdown, Putin made it clear that it was “mission accomplished” in Syria, and that henceforth it is time for diplomacy and peace talks to take over – or at least have a chance. Moscow’s assessment was that its military objectives had been fulfilled. And it’s hard to disagree.

Even Western media acknowledge that Russia’s nearly six-month air operation had “inverted the course of the conflict”, as the Washington Post put it this week.

Of course, what the Western media conveniently omit is that Russia secured the Syrian state from collapse in the face of a criminal foreign-backed insurgency fomented by the US government for the purpose of regime change.

Russia’s air power has, however, enabled Syria to now pursue a solid political path towards a peaceful settlement of the five-year war.

Put it another way, without Russia’s support, the Geneva talks this week would simply not be happening. No doubt the war would be grinding on into its sixth year with horrendous human suffering. Because, despite Western lies and distortions, the fact is that Washington and its allies were fueling a criminal covert war for regime change – until, that is, Putin stepped in and overturned that execrable game.

The latest move by Putin to scale-back military force in Syria makes sense. The Syrian state and its institutions have been stabilized and the Geneva process is underpinned by the central principle of Syrian sovereignty as the ultimate determinant of the country’s political future. The stage is set for dialogue. Whether or not that succeeds is another question.

US Media Revives Concerns That Putin is Again Outmaneuvering Obama in Syria
Putin’s announcement this week of military withdrawal reportedly blindsided Obama and other Western leaders. As befitting an independent major power, Moscow took the decision based on its own private assessment of the circumstances, without consulting Washington – although Putin did reportedly confer with his Syrian ally on the decision.

Moscow’s reasoning would be too objective and professional to be driven by petty politics. Nonetheless, there is an apposite putdown of Washington in the way that Putin did not inform Obama of the military pullout. Why should he anyway? What is Washington, but a lawless source of conflict and hubris. Russia makes its own mind up and acts accordingly.

Western governments were left “startled” by Putin’s latest move, according to the Guardian.

And not being up to speed with Moscow’s initiative, Western diplomats and media cavorted with catch-up by ruminating on vain speculations to make sense of it all.

Initially, it was reported that Russia was not serious about the announced military pullout, implying that it was an underhand “ruse”.

Then it was speculated, with unseemly haste, that the Russian initiative indicated a “rift” between Moscow and its ally in Damascus. That notion was allegedly due to statements made last weekend by the Syrian government that it would not accept preconditions at negotiations in Geneva, in particular the demand by the US-backed Saudi opposition group for President Assad to stand down.

UN Aid Agencies Welcome Progress on Syrian Conflict Settlement
The Syrian government’s position of rejecting preconditions is in fact consistent with Russia’s position, which in turn complies with United Nations Resolution 2254 mandating the Geneva diplomatic process. The fate of Assad or the presidency is for the Syrian nation to decide alone, at some future date, without external interference.

Another line of vain speculation was that Putin’s announced military pullout was as a result of pressure from Washington.

As the Washington Post, rather fancifully, opines: “Late last week, the [Obama] administration decided to publicly accuse Moscow of failing to rein in Assad, leading to a string of comments by officials including Secretary of State John F Kerry, who on Sunday called on Putin to take control of Russia’s Syrian ally.”

The Post also posits: “Russian analysts said Putin’s announcement may be intended to press Assad at the talks after saving him on the ground.” There may be at least some truth in that latter claim.

Though, as always, the Americans arrogate grandiose powers. Just like Obama implied recently that it was he who secured the decommissioning of chemical weapons in Syria back in 2013, rather than Putin; and just like idle claims that US airpower has rolled back Daesh terrorists in Syria, instead of Russian airpower, so we are inveigled to believe that it is Washington that has “pressured” Putin to call off military operation in Syria.

Another bit of American vanity is gleaned from listening to John Kerry urging the Geneva peace process along, as if the Americans made this process happen, when as noted above it was Russia.

The truth is that Washington and its allies are so up to their culpable necks in causing Syria’s misery and mayhem, and the Western corporate media is so up its eyes in telling lies about the criminal nature of the covert war, that collectively they don’t know how to react to Russia when it takes the initiative. Dazed and confused, they scramble for futile rationalizations.

Putin’s latest move has confounded again. But it’s really rather straightforward for those who have not been hoodwinked by Western lies over Syria. Russia has used its military power legally to save an allied country from a US-led criminal conspiracy for regime change. A conspiracy which has been instrumented by the use of terrorist proxies.

Russia’s air operation pulled Syria back from the brink of being yet another Western-sponsored failed state, as in Afghanistan, Iraq and Libya. And now having regained its national footing, Syria has the opportunity to pursue a peaceful resolution. Thanks to Russia. Period.

Western governments and their servile “news” media cannot deal with that reality because it is otherwise indicting of their complicity in Syria’s war and toll of human suffering. Hence, they are obliged to cast around for all sorts of misleading interpretations of the latest Putin move.

Russia does not have to explain, consult or embellish. It has done the right thing all along. And Putin has once again shown more leadership than any other Western counterpart. By far.