'Empires All Go Down the Same Path': Tracing the West’s Failure in Syria 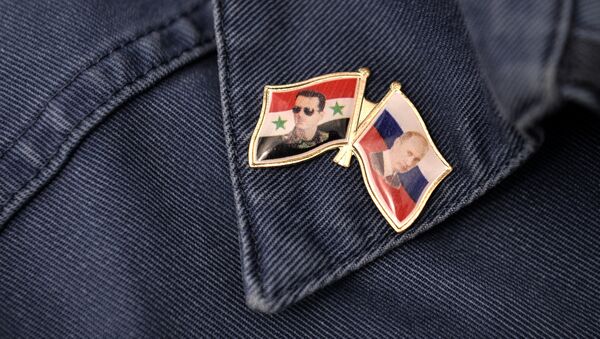 As Russia begins to withdraw its military forces from Syria, Radio Sputnik’s Loud & Clear spoke with writer and activist Dr. Tim Anderson to discuss the impact of Moscow’s intervention.

"It was said from the beginning that the intervention would be until the mission was accomplished. In other words, it wasn’t a US-type intervention where they’d stay for a decade," Dr. Anderson tells Loud & Clear host Brian Becker, referring to Russian President Vladimir Putin’s surprise order to begin withdrawing troops from Syria on Tuesday.

"So I think that that timing and the signals that it sends to the peace process, and the fact that [Russia] say[s] they have effectively broken the back of the terrorist groups in most of the key areas of Syria, that’s what’s significant.

Russia Announces Mission Accomplished in Syria: What Comes Next?

As the new round of peace talks take place in Geneva, some have expressed concern that Russia’s withdrawal could embolden Syrian opposition fighters, Anderson believes these groups to have been effectively worn down by Moscow’s air campaign.

"[The Syrian opposition’s] logistics have been severely damaged. They have a lot of problems in Raqqa at the moment…The situation has changed quite dramatically on the ground," he says.

"They are in disarray at the moment."

It’s also worth noting that Russian airstrikes were operating in service of the Syrian Army on the ground.

"Of course the Russian presence has been extremely important – bombardment almost every day for the last five and a half months, tremendous impact – but let’s remember those mainly Syrian people on the ground that are carrying this war through," Anderson says.

In his book, The Dirty War on Syria, Dr. Anderson sifts through Western media reports to cut through the demonization of Syrian President Bashar al-Assad.

"In the last 24 hours, the British Guardian has published a report from one of the compromised organizations that has been publishing misinformation, claiming that the Syrian government is still carrying out chemical weapons attacks on Syrian civilians. This is completely false. It’s completely the reverse," Anderson says.

"Independent media shows that Turkey has been providing chemical weapons to the armed groups. Not just ISIS…and they’ve been used against Kurdish populations in the last few days.

"So this comes back entirely distorted by the Western media."

While the West seems morally outraged by events in Syria, it has turned a blind eye to a similar conflict in Bahrain, largely because of allegiances to Saudi Arabia.

"In Bahrain there was an uprising by citizens and it was crushed by the regime in Bahrain with the help of troops from Saudi and some of the other monarchies there. Of course you’ve got the war in Yemen, also, which is something that’s disappeared below the headlines, really, effectively not being reported at all in the Western media," Anderson says.

"So the actual position of people in the Gulf is ignored virtually entirely while this propaganda line has been run against Syria."

The media has also remained largely silent on the Iraqi government’s efforts to defeat Daesh, also known as IS/Islamic State, a terrorist group created by Saudi Arabia and its allies.

"ISIS began in Iraq…initiated by the Bush administration through the Saudis, and we know from North American army records that when the Saudis began funding that, 40-50% of the Islamic State in Iraq came from Saudi Arabia, another quarter came from North Africa.

"…The invasion of Afghanistan and Iraq and the toppling of the government in Libya and the war against Syria was really an attempt to make a clean sweep across the region, in what the Bush administration called 'creating a new Middle East,' using 'creative chaos' through various proxy armies."

While the United States appears to be manipulating the Middle East for its own advantage, it may be inadvertently losing influence.

"Empires all go down the same path. They overreach themselves," Anderson says. "The main, interesting thing that seems to me to come out of the failure of the US in Syria is that they are losing Iraq also."