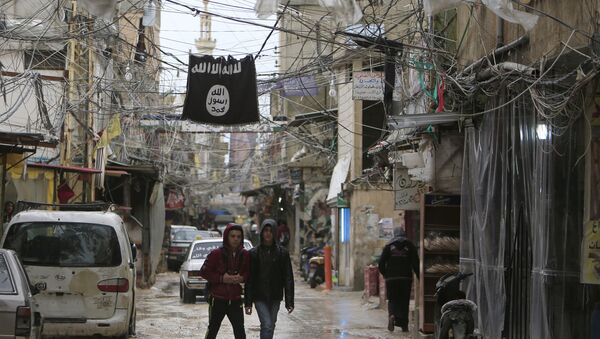 © REUTERS / Ali Hashisho
Subscribe
International
India
Africa
Russia decided to withdraw its airgroup from Syria, as the Daesh militant group operating in the war-torn country has been stopped, lawmaker from the French party The Republicans, Thierry Mariani, told Sputnik.

MOSCOW (Sputnik) — On Monday, Russian President Vladimir Putin ordered Defense Minister Sergei Shoigu to start withdrawing the Russian air group from Syria on Tuesday, as the task assigned to it has been completed.

"I think it is a clever decision because if they [aerospace forces] stay longer, it could potentially lead to an additional tension between the sides to the conflict and that could be dangerous. The job is done because the Daesh has been stopped," Mariani said.

The withdrawal of the Russian military contingent from Syria will also reduce tensions between participants of the Geneva talks, and in the region in general, the French lawmaker added.

"I do not know what would happen next, but this is happening in a right time as the Russian mission has reached its goals."

The Daesh is prohibited in many countries including the United States and Russia. The militant group has proclaimed a caliphate on the vast territories of Iraq and Syria that it has captured, and keeps local people at bay by committing attacks, bombings and various human rights atrocities. The group and its sympathizers also claimed responsibility for several terrorists attacks worldwide.

The Russian Aerospace Forces have been conducting an aerial campaign against terrorist groups in Syria, particularly Daesh, since September 30, 2015, at President Bashar Assad's request.