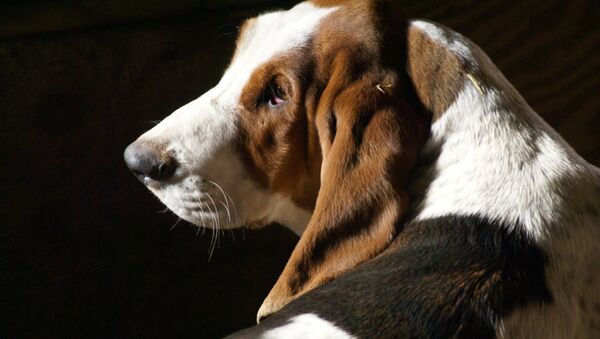 Chinese scientists who are using gene editing to produce modified dogs with double the usual muscle mass have responded to criticism of their technique, which they claim enables research into the treatment of human diseases like Parkinson's.

A Man About a Dog: Devastated Widower Searches for Missing Friend
Scientists at the Guangzhou Institutes of Biomedicine and Health have responded to criticism of their use of gene editing to create the first genetically modified beagles. The genetic engineers managed to double the dogs' muscle mass by deleting a gene called myostatin.

"We knocked out a gene which would ordinarily stop muscles from growing, so these dogs became much more muscular," Dr. Lai Liangxue explained.

"I don't think [the criticism] is fair. What we do is for the betterment of humankind," he said.

Lai and his team of researchers at the clinic first announced their controversial gene editing in October, when they published a paper about their experimentations in the October issue of the Journal of Molecular Cell Biology.

The scientists introduced gene-editing chemicals into more than 60 dog embryos, with the aim of inhibiting both copies of the myostatin gene so that the beagles' bodies would not produce any of the muscle-inhibiting protein that the gene manufactures.

They edited 65 embryos, from which 27 puppies were born. Only two, a male called Hercules and a female called Tiangou, were born with disruptions in both copies of the myostatin gene.

​This mutation in the myostatin gene only occurs naturally in one dog breed, whippets, and dogs affected by it are called "bully whippets."

It also occurs in a breed of cattle called Belgian Blues, which have a leaner, much more muscular physique. In 2004 scientists reported the case of a child born with a myostatin mutation, which caused him to be extraordinarily muscular.

Dr. Lai Liangxue told MIT Technology Review that the team's intention is to create dogs with other DNA mutations, including ones that mimic human diseases such as Parkinson's and muscular dystrophy.

"The goal of the research is to explore an approach to the generation of new disease dog models for biomedical research," he said.

"Dogs are very close to humans in terms of metabolic, physiological, and anatomical characteristics."

As well as biomedical research to benefit human health, the beagles have "more muscles and are expected to have stronger running ability, which is good for hunting and police (military) applications," Lai told MIT, adding that his team does not have plans to breed the dogs for sale as pets.

Political Pedigrees: New App Identifies Which Dogs World Leaders Resemble
The beagles are not the first animals to be genetically edited by a clinic in China; last year the Beijing Genomics Institute (BGI) made genetically edited micropigs, which it then put up for sale as pets.

The clinic originally created the animals as models for human disease, but in September announced its plan to sell the micropigs, which weigh just 15 kg, as pets for around 10,000 yuan (US$1,540).

BGI also plans to offer customers micropigs with different coat colors and patterns in the future, which it will also set through gene editing.