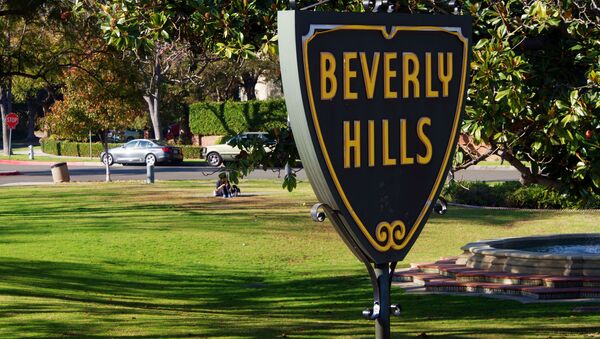 Lead Found in New Jersey School Drinking Water, Parents Told Not to Worry
Water consumption is a big issue in California, despite recent heavy rainfalls, a five-year drought has stripped much of the state's water infrastructure of supply. In June 2015, a statewide mandatory 25% reduction went into effect. Initially, city officials tried the friendly approach, with educational campaigns, usage restrictions and written notices for those who wasted water. These measures were not sufficient, however, to prevent the city from being fined by state water regulators, reports Los Angeles Times.

"We believe that the penalty surcharges have had an impact," city spokeswoman Therese Kosterman said. "Many different tools are necessary in order to achieve… deep cuts in water conservation."

There is a lot to cut. Particular residents of Beverly Hills reportedly consume as much as 60 times what an average Los Angeles family consumes per day. Not that each and every household in Beverly Hills features 18 bathrooms, of course, but the picture is clear nonetheless. It's Beverly Hills, after all.

"The inference we're drawing is it's not the agency," said Cris Carrigan, the state water board's chief of enforcement. With remarkable understatement he suggested that, "The agency is providing the right tools to their customers. It's that the customers don't have the wherewithal to commit to conservation."

"I'm not sure why that is," he continued. "There are other affluent communities in the state where conservation is cool. In Beverly Hills, for whatever reason, people are not motivated."

The city of Beverly Hills resorted to monetary fines against the water wasters, sending notice letters to 86 single-family residential water customers, the highest users among those failing to meet the city's 30% reduction mandate. Profligate water wasters responded to the fines in various ways. Some, like Brett Ratner, said they were unaware of their excessive water use. Others, like Geoff Palmer, blamed local agriculture for misallocation of water.

"Wouldn't you be willing to pay a little more for walnuts and pistachios than see your lawn and landscaping go dead?" he said in a letter to the Los Angeles Times.

City officials believe the fines have worked. The city's total consumption has been cut up to 26% since 2015, a figure considered to be a significant achievement. However, as State Water Resources Control Board individual regulations require Beverly Hills to reduce its water consumption by 32% compared to 2013 figures, the most probable result is that the city will be fined again.