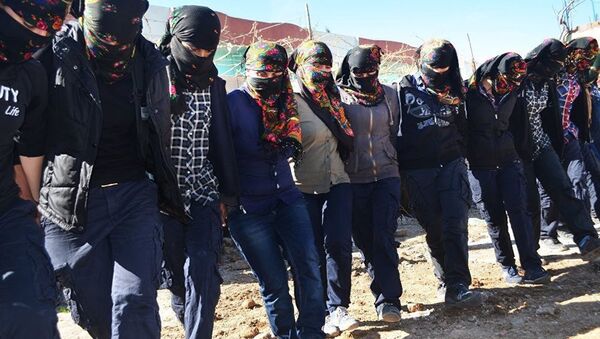 The curfew was declared in the Turkey's provinces of Mardin and Hakkari, according to official statement.

On Friday, Turkish Interior Minister Efkan Ala announced new anti-terror campaign against the Kurdistan Workers’ Party (PKK) in country's southeast, especially in the districts of Yuksekova, Nusaybin and Sırnak.

"In order to ensure the safety of our citizens' lives and property, due to the increased terror activities in the Yuksekova district, in order to re-establish the peace and order… the curfew has been declared in Yuksekova starting from March 13, 2016, 22:00 [20:00 GMT]," the statement issued by the administration of Hakkari province reads.

Turkish Authorities Attack Curfew Protests, Dozens Arrested
The administration of Mardin province said in its separate statement that the curfew in Nusaybin would come into effect on March 14.

In summer 2015, Turkey initiated a military campaign against the PKK in the country's southeastern regions, mostly inhabited by the Kurds. Since the beginning of the campaign, Ankara has imposed several round-the-clock curfews, preventing civilians from fleeing the regions where the military operations are taking place.