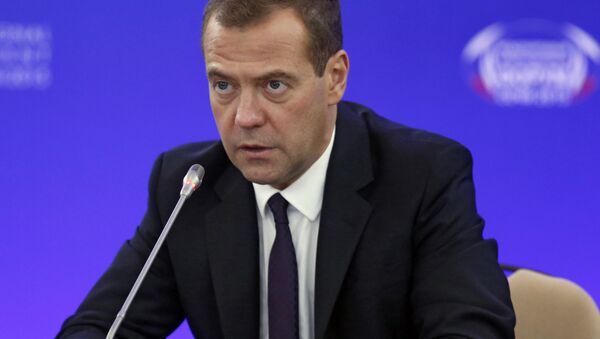 Russian Prime Minister Dmitry Medvedev on Monday extended condolences to the people of Turkey over a recent bombing in Ankara that claimed 34 lives, saying there was no excuse for terrorism.

Russian President Putin Condemns Ankara Deadly Blast
MOSCOW (Sputnik) — A car bomb exploded at a bus stop near Ankara’s central Kizilay square late Sunday. No one has yet claimed responsibility for the bombing, but the Turkish president has already called it a terrorist attack.

"On behalf of the Russian government and on my own behalf, I express my condolences over the terrorist attack in Ankara that caused numerous casualties," Medvedev wrote in a message to Turkey, cited by his press officer Natalia Timakova, adding "terrorism has no excuse."

The Russian prime minister said his heart went out to the families and loved ones of those killed in the blast, and wished a rapid recovery to the wounded.