At Least 2 Killed, 3,000 Evacuated Due to Flood in Java Island 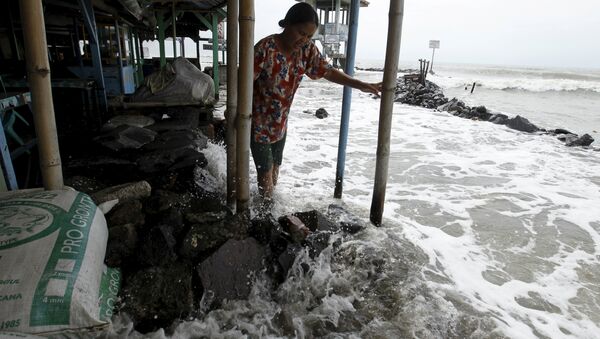 MOSCOW (Sputnik) — At least two people were killed and 3,000 were evacuated due to a flood in the southern Indonesian island of Java, local media reported Sunday, citing an emergency official.

The flooding that hit 15 districts near the western Javanese city of Bandung left two people dead; three are still missing. The authorities have evacuated about 3,000 people from their homes, the Jakarta Globe newspaper reported, citing Sutopo Purwo Nugroho, a spokesman for the National Disaster Management Authority (BNPB).

The newspaper added that a total of about 24,000 of Indonesians had been affected by the floodwaters.

Heavy rains and floods are common during the rainy season in tropical Indonesia.