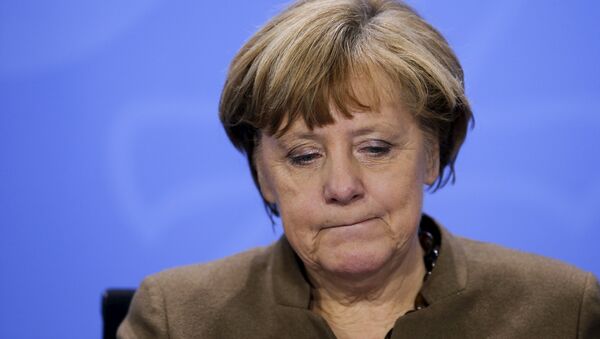 © REUTERS / Fabrizio Bensch
Subscribe
International
India
Africa
Three German regions will vote on Sunday in parliamentary elections that are widely seen as a test for Chancellor Angela Merkel and her ruling coalition ahead of the next year’s general election.

MOSCOW (Sputnik) — A total of 13 million voters will cast their ballots in the western states of Baden-Wuerttemberg and Rhineland-Palatinate, as well as in Saxony-Anhalt in the east. The "Super Sunday" will take place in an atmosphere of concern over Merkel’s open-arms policy on refugees.

State Elections in Germany, Merkel’s Doomsday Is Approaching
The arrival of over a million of migrants at the German border last year looks likely to make it a single-issue election and cost the Conservatives and their coalition partners in the Social Democratic camp votes, the recent opinion polls have shown.

The upcoming vote will be the first opportunity for Germans to deliver their verdict on how the government has been handling the migrant crisis since the chancellor threw the doors open to war refugees coming to Europe from Syria last summer.

The fiercely anti-EU, anti-migrant Alternative fuer Deutschland (AfD) party has meanwhile been making gains all across the country. The populist party has seats in five of the 16 regional legislatures and looks set to grab more in the three regions, where it can win between 10-18 percent of votes.