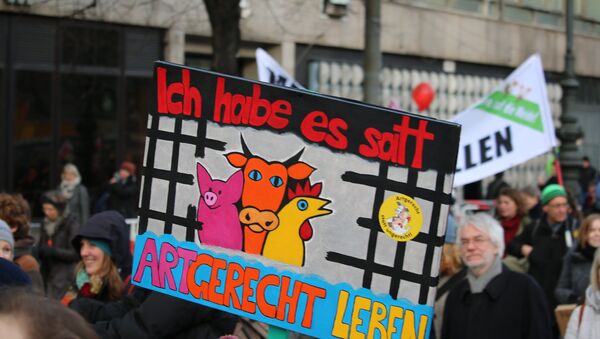 The Transatlantic Trade and Investment Partnership (TTIP) negotiations between the European Union and the United States could lead to the loss of jobs and the demise of small and medium-sized companies and affect food standards, education and workers' rights.

The TTIP negotiations are due to create the biggest trade pact in the world, between the European Union and the United States. However, the talks have been beset by controversy — not least over the massive lobbying by multinational companies and worries that they are likely to be able to sue governments for loss of trade.

Critics of the TTIP deal point to the fact the European food regulations are different from — and some say more stringent than — those in the US. They also fear strict European environmental regulations will be flouted under the proposed deal, which critics say has been dominated by big business lobbying. Concerns have also been raised that EU regulations in every sector will be rendered powerless, because multinational companies will hold more powers under TTIP.

"Across civil society, both in the US and in the EU, concerns are huge that such an agreement will reduce states' ability to regulate and protect people's rights to health, education, public services, food safety, privacy and the environment — to name but a few. Existing and future procurement rules favoring locally-produced food may also be threatened. Fair and sustainable food and farming could be damaged," said anti-poverty campaign group ActionAid policy officer Isabelle Brachet.

She wrote on the campaign group's website that negotiators want to eliminate so-called technical barriers to trade, enhance regulatory compatibility and work on equivalence of regulatory measures.

"But which measures are we speaking about? Regulations protecting the environment, health, animal welfare, food safety, and all measures grounded in the precautionary principle. Regulations are often more protective in Europe than in the US," Brachet wrote.

"Since there is no prospect of strengthening the lower standards to align them with the most protective, the standards in both regions may be either lowered in a race to the bottom, or simply considered equivalent (even if in fact, they are not). Products conforming to higher protection standards would then compete with products produced less expensively — an unfair competition where the cheapest will win, and the general level of protection will be eroded."

Crucially, at the heart of the TTIP is a controversial proposal for an investor-state dispute settlement (ISDS) mechanism, which would allow companies to sue governments if their regulations or laws affected their profits. Thus, if a US multinational company lost profits because their product or service was banned by law for health or other reasons, they would be able to sue a government — or the EU — for loss of earnings. Tobacco giant Philip Morris is currently suing Uruguay and Australia over tobacco packaging and the Dutch insurance company, Achmea, is suing the Slovakia for trying to reverse health privatization.

Brachet said: "The intention of the negotiators to establish an investor-state dispute settlement mechanism outside of ordinary courts is also worrying. The objective is to provide the certainty that investors want.

"The history of bodies like the International Centre for the Settlement of Investment Disputes (ICSID), housed by the World Bank, suggests that corporations will have substantial advantages over governments, meaning that the public interest will be trumped by private profit."