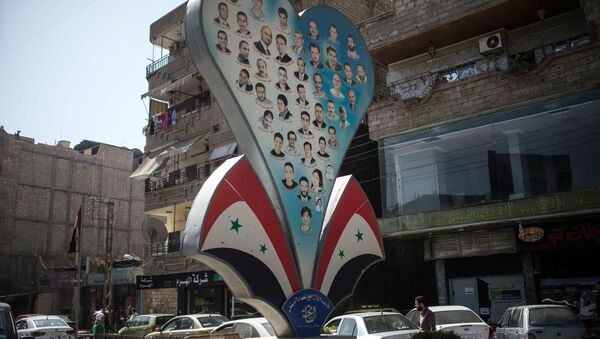 © Sputnik / Iliya Pitalev
/
Go to the photo bank
Subscribe
A range of representatives from the armed Syrian opposition is ready to join efforts with the Russian Aerospace Forces and Damascus government troops in the fight against Daesh and al-Nusra Front, which are both prohibited in a number of countries including Russia and the United States, Russian UN Envoy in Geneva Alexei Borodavkin said.

Russia and the United States reached an agreement on the ceasefire in Syria. The cessation of hostilities took effect at midnight on February 27, Damascus time, generally holding across the country despite reported minor violations.

“It’s pleasant to see that more and more armed opposition groups are joining and have expressed their readiness to fight against terrorists from Daesh, al-Nusra Front, and other jihadist groups, and are proposing to unite their efforts with the Syrian Armed Forces and the Russian Aerospace Forces,” Borodavkin told RIA Novosti in an interview.