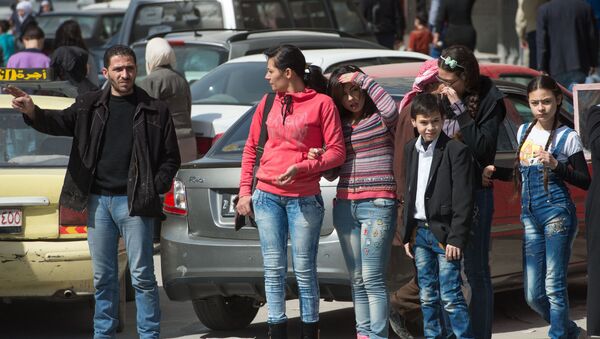 The UN special envoy for Syria told Sputnik that the Moscow-Washington-brokered truce is holding despite violations.

GENEVA (Sputnik), Svetlana Alexandrova – The cessation of hostilities in Syria is generally holding, although some problems and violations do occur, UN Special Envoy for Syria Staffan de Mistura told Sputnik in an interview.

"I find that [the] agreement reached in Munich, thanks to the initiative of both the United States and the Russian Federation, [Russian Foreign Minister] Sergei Lavrov and [US Secretary of State] John Kerry, has been extremely important," de Mistura told Sputnik in an interview.

De Mistura: UN Hopes to Reach Deal on New Syrian Gov't During Geneva Talks
Last month, the International Syria Support Group (ISSG) set up two task forces, both on humanitarian access and on the Syria ceasefire in line with the goals formalized by the group in the final communique of its meeting held in Munich on February 11-12. Lavrov and Kerry met on the sidelines of the Munich Security Conference on February 13 to discuss the process of the Syrian crisis settlement.

"I feel very grateful to both countries for having a push for this because these task forces help very much to my mission," de Mistura said.