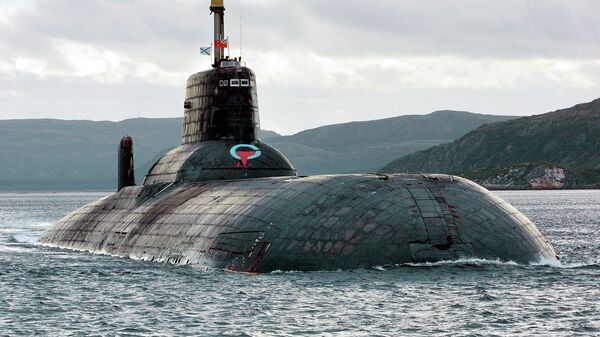 The Kuzbass nuclear-powered submarine is completing a series of sea trials and will soon resume active duty at Russia’s Pacific Fleet, the Fleet’s press service said on Thursday.

“The Kuzbass is undergoing sea trials and will soon return to her permanent station in Kamchatka. The submarine now carries a new systems of life support, radio and hydro-acoustic communications,” RIA Novosti was told at the Pacific Fleet’s headquarters in Vladivostok.

First Borei-A-Class Nuclear Submarine to Enter Russian Navy Service in 2018
The submarine has undergone upgrades at the Zvezda shipyard in Primorye Territory.

To increase stealth, the sub carries a two-tier anti-vibration mechanism. All the units are placed on elastic foundations and each one is separated from the next by pneumatic shock absorbers. This helps lessen the impact of underwater blasts on the sub’s mechanisms and crew.

The Kuzbass is a multirole Akula-class attack submarine. Unlike a Barracuda sub, which has a titanium hull, the Kuzbass features a steel hull.

The Soviet Union once acquired a number of high-precision metal-cutting lathes from Toshiba to build more streamlined screws and make the subs less noisy. The news of the secret deal was eventually leaked to the media and Toshiba came under US sanctions.

The modernized Project 971 submarines are armed with Kalibr-PL cruise missiles and jet-powered torpedoes, designed to destroy submarines and surface ships as well as land-based targets.

A third-generation nuclear-powered submarine, the Kuzbass was laid down in Komsomolsk-on-Amur on July 28, 1992, and entered service in the Navy later that same year.

In 1995, the Kuzbass was on a tour of duty along the US Pacific Coast.