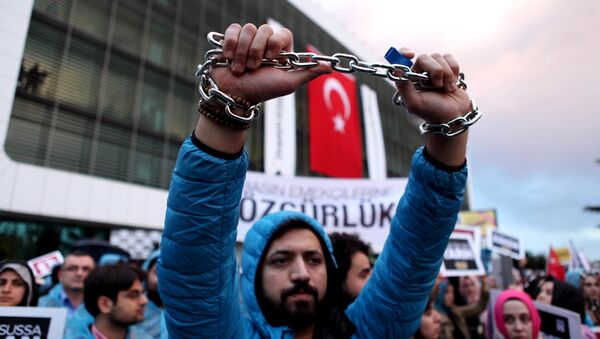 © REUTERS / Kursat Bayhan
Subscribe
International
India
Africa
European leaders have come under fire for failing to chastise the Turkish leadership following the government takeover of the largest newspaper in the country as Brussels tries to ink a comprehensive refugee agreement with Ankara.

Today's Zaman editor-in-chief Sevgi Akarcesme maintains that the European Union is "scared of pissing off" Turkish President Recep Tayyip Erdogan because they are concerned with an uncontrolled influx of refugees. 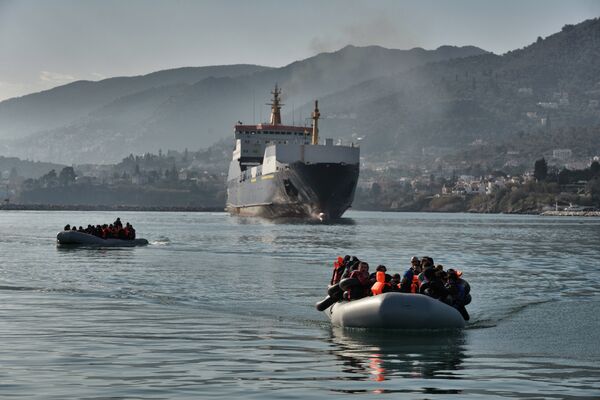 Refugees and migrants arrive on a dinghy at the port of Mytilene, on the Greek island of Lesbos, after crossing the Aegean sea from Turkey, on February 18, 2016
© AFP 2023 / ARIS MESSINIS

"Their priority is now not democracy and freedom of expression in Turkey, but their own well-being," she told Politico. It follows then that the European Union "does not live up to its philosophy. They are unfortunately violating their own values."

Erdogan Plays 'a Bitter Game of Political Blackmail' With EU
Many have pointed out that the Turkish leadership has been determining the agenda when it comes to discussing the refugee crisis with the European Union, because Brussels desperately needs Ankara's help in dealing with millions of refugees, who are fleeing violence in the Middle East and North Africa.

This power balance has given Erdogan a free hand in the talks. The Turkish president is apparently quite capable of getting anything he wants from the EU short of joining the bloc, Germany's N-TV television news channel asserted. He has already asked for an additional $3.3 billion in aid, as well as the facilitation of trade and visa requirements with the EU.

Akarcesme believes that any discussion of Turkey's greater integration into the EU is an exercise in smoke and mirrors. Ankara has been an associate member of the union since 1963 and was officially recognized as a candidate for accession almost four decades later, in 1999. Its chances to join the bloc have mostly been seen as slim.

"Both parties pretend otherwise, but deep inside everybody knows that neither the visa requirements will be removed for Turks, nor Turkey will enter the European Union any time soon. All Europe cares about is one way or another stopping the refugees to Europe," Akarcesme noted. 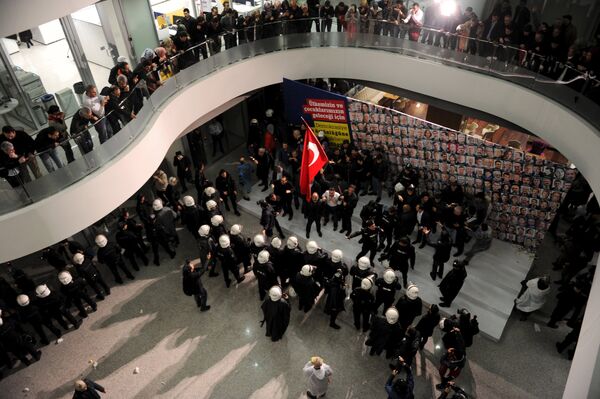 Zaman's takeover has been the latest incident in a string of similar cases spanning a decade. As a result, there are no major opposition media outlets in Turkey and Akarcesme doubts that they will appear in the near future.

"There's a huge amount of fear in society, among intellectuals, among businesspeople, among civil society. Democracy is suspended effectively in Turkey at the moment," she lamented.

​Turkish authorities seized Today's Zaman, Zaman, as well as the Cihan news agency on March 4 in what has been largely condemned as a major violation of press freedom. The newspaper was once a Justice and Development Party (AKP) supporter, but has become increasingly critical of President Erdogan in recent years.

The Zaman's circulation has, according to Akarcesme, dramatically dropped after the takeover- from 600,000 to 7,000.

After the brutal take over, Zaman's circulation plummeted from 600K to only 7K!
Zaman readers refuse intervention in editorial line.