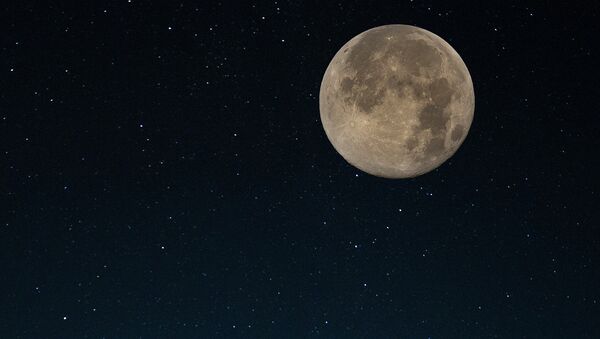 © Flickr / davejdoe
Subscribe
Living on the Moon may become a reality sooner than anticipated as astrophysicists have assessed that a permanent lunar base is logistically feasible for humans -- and could be built in less than a decade.

Scientific papers released after a 2014 high-profile astronomical workshop suggest that a fully operational base could be constructed by 2022. The base would be a breakthrough for space exploration and would open the pathway for the commercial development of space.

NASA artist Rick Guidice’s renditions of the exterior and interiors of a lunar colony, 1969. pic.twitter.com/nqaquzajrl

​A key point, according to the papers, is that a permanent lunar base does not have to financially ruin a state or corporation. Experts estimate that putting humans on the moon would cost less than $10 billion, a surprisingly low amount considering the expense of space exploration in the past. The Apollo space program, for instance, was completed for some $150 billion, adjusted for inflation to today’s dollars.

​Chris McKay, a NASA astrobiologist and one of the organizers of the workshop, explained that price cuts are now possible due to the rapid development of new technologies, ending highly specialized and expensive development in the logistics of space exploration.

"The big takeaway," McKay said as cited by Popular Science, "is that new technologies, some of which have nothing to do with space — like self-driving cars and waste-recycling toilets — are going to be incredibly useful in space, and are driving down the cost of a moon base to the point where it might be easy to do."

Green-Fingered Scientists Grow Food for Martian Gastronauts
In its first phase, the exploration would be fully automated, the papers suggest. Robots, whimsically dubbed "MoonCats," based on the ubiquitous Bobcat earth excavators, could be used to prepare landing pads and habitat. Other robots could be engaged in setting up solar panels.

SpaceX's Falcon 9 rocket could be used for carrying small payloads and small crews to the moon. Over time, missions would steadily grow, eventually turning a station into a larger settlement, with room for hundreds of people.

To make a station habitable, technologies similar to the life support systems currently used on the International Space Station (ISS) can be implemented.

"We have access to sufficient life support technologies to support implementation of the first human settlement on the Moon today," one paper reads, referring to ISS life support systems that recycle water and balance oxygen and carbon dioxide levels.

Some necessary space exploration technologies are yet to be implemented, including SpaceX’s Falcon Heavy, a rocket designed to lift large payloads, like lunar habitats, into orbit.

The Hunt is On: Scientists Hot on the Trail of Elusive Ninth Planet
Lunar colonists face many challenges, including power, communications, resources and surface mobility. Picking the right site for a base is particularly key, as there are no significant energy supplies during the regular two-week intervals of no sunlight. Most of the moon has 15 day-long "nights," that would be difficult to survive relying only on power batteries that use currently available technology. A possible option, according to the papers, would be to locate the base on one of the lunar poles, which receive increased sunlight.

Of the two poles, the north is more appealing, as it has smoother terrain more suitable for construction. Experts point to the rim of Peary Crater on the North Pole of the moon as a top spot to set up the first lunar station.

Another point in favor of this site is the proximity of many dark craters thought to contain frozen water.

Despite the feasibility of moon exploration, NASA is currently focused on its Mars program. Scientists behind the papers say that NASA resources would more appropriately be used in setting up a moon colony.

NASA May Return to Moon, But Only After Cutting Off ISS
Paul Spudis, a senior scientist at the Lunar and Planetary Institute at the Universities Space Research Association, earlier suggested that a lunar base, with "transport vehicles, staging nodes, deep-space habitats, power stations and fuel depots" could be a blueprint for future Mars colonization.

Moreover, he suggested, a lunar base could pay for itself in a foreseeable future, and, if it is economically required, show a profit.

"Some of the possible export options include: water from the permanently shadowed craters, precious metals from asteroid impact sites, and even [helium-3] that could fuel a pollution-free terrestrial civilization for many centuries," one of the papers offered. "As transportation to and from the Moon becomes more frequent and cheaper, the lunar tourism mark should begin to emerge and could become a significant source of income in the future."

Additionally such major powers as China and Russia are actively exploring the moon and the US must keep up with them so as to not lose technological momentum.

Third Rock From the Sun: Earth's Beauty Viewed From ISS
Organizations, including those of government and business, are not yet psychologically prepared to bring the resources to bear for the realization of a lunar colony.