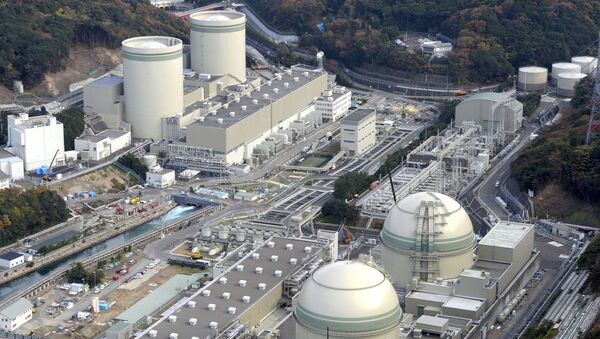 Stable Chain Reaction at Unit 4 of Japan’s Takahama Nuclear Plant to Start
TOKYO (Sputnik) — On Wednesday, a Japanese court ordered to stop the work of the third reactor and not to resume work at the fourth reactor at the Takahama plant in the Fukui prefecture due to safety concerns of local residents.

"The course for the resumption of work [of nuclear power plants] remains unchanged," Abe said at a press conference, which marked the fifth anniversary of the Fukushima nuclear disaster.

According to Abe, the work of the power plants will be resumed "in accordance with the strictest new global standards."

The Takahama plant was shut down soon after the Fukushima nuclear disaster. Three of its nuclear reactors were restarted in January.

The Fukushima Daiichi nuclear disaster, which occurred on March 11, 2011, was triggered by a 9.0-magnitude earthquake and a subsequent tsunami. Before the disaster, nuclear reactors provided almost 30 percent of Japan's power needs.