Baltimore Officers Charged in Assault of Teen Caught on Camera 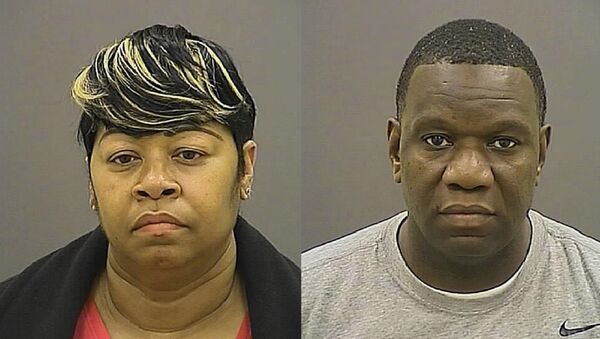 © Police Handout
Subscribe
A video of two Baltimore City School Police officers that went viral after one was caught on camera slapping a student, has resulted in their arrest and quick release on bail Wednesday evening.

Police Chief Marshall Goodwin is also on administrative leave without pay in connection to the incident, but the department has not made details on his involvement public at this time.

The charges state that Spence "was not attempting to effect an arrest and was not acting in reasonable self-defense,” when he assaulted the teen.

The charges for the officers reveal that two witnesses to the incident recalled Bias saying, "you need to smack him because he has too much mouth,” before Spence punched and kicked the student.

"That is partially why. I'm not going to go too much further into the evidence other than what you have seen in the probable cause statement. I'd rather let the state's attorney's office comment on any specifics," Rodney Hill, with the Baltimore Police Department, told the station.

'Black Lives Matter' Leader Stands for Baltimore Mayor
Surveillance cameras at the school did not capture the assault, and the department is relying on the cellphone footage acquired by witnesses for visual evidence.

The video has renewed calls from the community and activists to remove police officers from public schools, arguing that bad behavior should be dealt with in the principal’s office instead of a courtroom.

"Police increase the likelihood of juveniles being pushed into the criminal justice system for low-level offenses," Baltimore Public Defender Jenny Egan told WBAL. "I represented students who were arrested for throwing a carrot and stealing Pokémon cards."

The officers are set to appear in court in April.