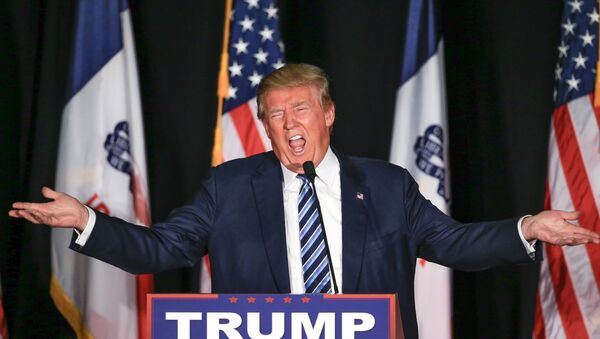 Acknowledging that he doesn’t act in a way expected from a United States Commander in Chief, Republican frontrunner Donald Trump assured supporters that he can, in fact, act presidential if he wants.

Following Trump’s big victories in Mississippi and Michigan on Tuesday, the former reality TV star lashed out at his competition during a speech in Florida. Speaking of himself in the third-person, he stated, “of the four they are pretty much all gone. They didn’t do so well tonight, folks… Only one person who did well tonight: Donald Trump.”

He then set his sights on lobbyists and special interests who have been spending massive amounts of money to defeat him in the race, mocking their attempts.

“There has never been more money spent on hating someone than me,” Trump asserted.

He then declared that, when he feels he is being attacked, he doesn’t want to be presidential, he just wants to win.

“If I wanted to be, I can be more presidential than anybody,” he said, making what he said is an exception for, “the great Abe Lincoln.”