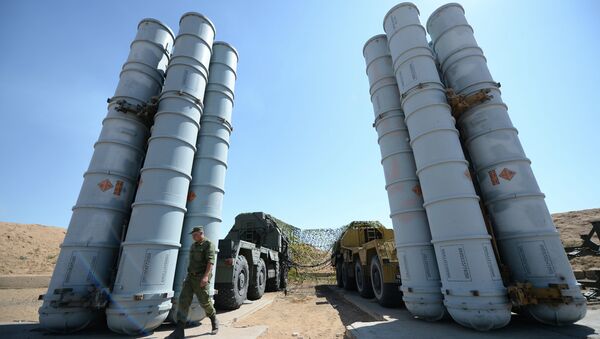 © Sputnik / Pavel Lisitsyn
/
Go to the mediabank
Subscribe
International
India
Africa
There are no problems with the delivery of Russian S-300 air defense missile systems to Iran and only some technical issues remain unresolved, an Iranian Defense Ministry source told Sputnik on Wednesday.

MOSCOW (Sputnik) — Earlier in the day, a Kuwaiti daily reported that the S-300 deal had been canceled.

"There are no problems with the delivery of the S-300 [to Iran], however there is a number of technical issues, which remain unresolved. The work on this issues is underway," a source in the Iranian Defense Ministry said.

A member of the Iranian National Security Commitee said the dates of the delivery and the receipt of the missile systems had not been determined yet.

"I have different information regarding this issue. As I said earlier, the first delivery of the systems was ready, though it had't been delivered yet. The delivery date will be reported later, however the date of the receipt has not been set yet," Ismail Kosari, a member of Parliament’s National Security and Foreign Policy Committee (NSFP), said.

Iran, Russia Negotiating ‘Next Generation' S-300 Missile Systems' Supplies
In 2010, Moscow suspended the 2007 contract for the delivery of five S-300 missile systems to Tehran, citing a UN Security Council resolution banning weapon sales to Tehran until it proved the peaceful nature of its nuclear program.